February will definitely be one of the winter months that Memphis won’t soon forget, as well as one for the record books. A long-duration extreme cold snap enveloped the entire central portion of the country as far south as the Mexican border for the middle third of the month, breaking records (and pipes and electric grids)! With an average temperature of 37 degrees, it was the tenth coldest February on record in Memphis, but also the second snowiest as 10″ of snow and sleet fell between the 14th and 17th. And that followed about one-third of an inch of ice on the 11th. In sum, Memphis officially remained below freezing for nine consecutive days, tying the longest stretch below freezing on record. 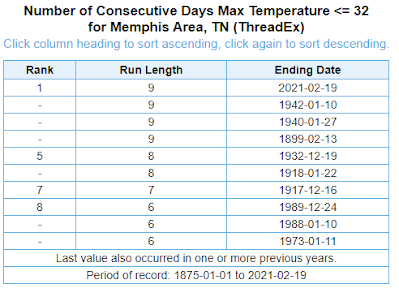 The month began a bit below normal as well, but many people will forget the way the month ended. Four days after climbing above freezing, it was nearly 70 degrees, and the maximum temperature for the month was 75degrees  on the last day of February. In addition, soaking rains and some thunderstorms (that occurred with a Tornado Watch in effect) brought 5″ of rainfall in the last 3 days of the month, bleeding over into the early morning hours of March 1. Snowmelt and heavy rain meant saturated conditions heading into the first days of meteorological spring. 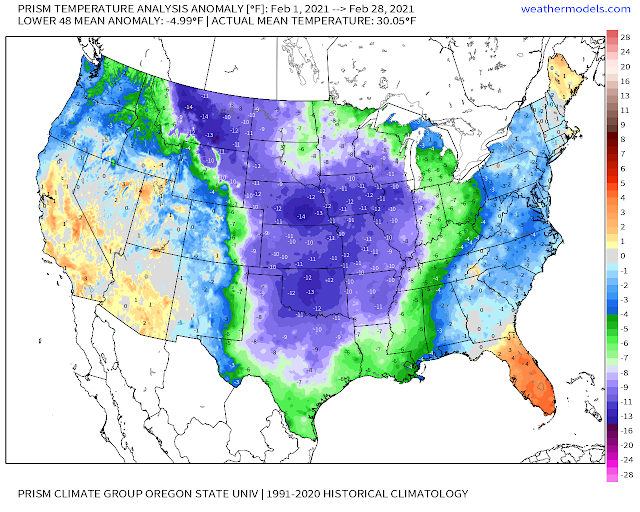 As for severe (non-winter) weather, storms on the evening of the 28th brought sub-severe hail and wind gusts measured to 67 mph with some wind damage, including a tree down on a house that resulted in one injury in Midtown Memphis. There was also some minor flooding in Tipton County that night. A Tornado Watch was in effect and Severe Thunderstorm Warnings were issued, as well as a Tornado Warning for southern Marshall County.

Temperature
Average temperature: 37.0 degrees (8.5 degrees below average)
Average high temperature: 44.6 degrees (10.1 degrees below average)
Average low temperature: 29.5 degrees (6.8 degrees below average)
Warmest temperature: 75 degrees (28th)
Coolest temperature: 1 degree (16th)
Heating Degrees Days: 778 (230 above average)
Cooling Degree Days: 2 (0 below average)
Records set or tied: The following temperature records were set or tied during the month:
Comments: 16 dates recorded low temperatures at or below freezing versus an average of 9.5. Nine (consecutive) days recorded high temperatures at or below freezing versus an average of 0.9. The average temperature for the month ended 10th coldest in the 147 year historical record.
Precipitation
Monthly total: 6.95″ (2.56″ above average)
Days with measurable precipitation: 14 (4.8 days above average)
Wettest 24-hour period: 2.26″ (26th-27th)
Snowfall: 10.0″ (8.7″ above average)
Records set or tied: Two daily snow records were set this week: 4.0″ (sleet and snow) on the 15th and 4.7″ on the 17th.
Comments: Snow fell on six (consecutive) days during the month, including the two record above, as well as 1.3″ on the 14th and trace amounts on the 13th, 16th, and 18th. This month ranks second snowiest on record behind 10.3″ that fell in 1905. In addition to the snow, two days also recorded more than an inch of rain.
Miscellaneous
Peak wind: West-northwest/42 mph (25th)
Average wind: 8.7 mph
Average relative humidity: 67%
Average sky cover: 67%
Click here for a daily statistical recap for Memphis International Airport. 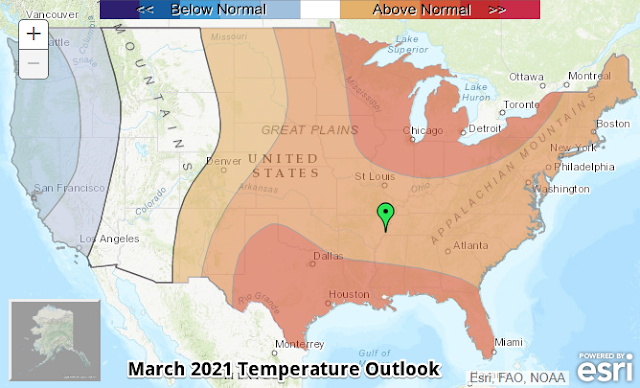 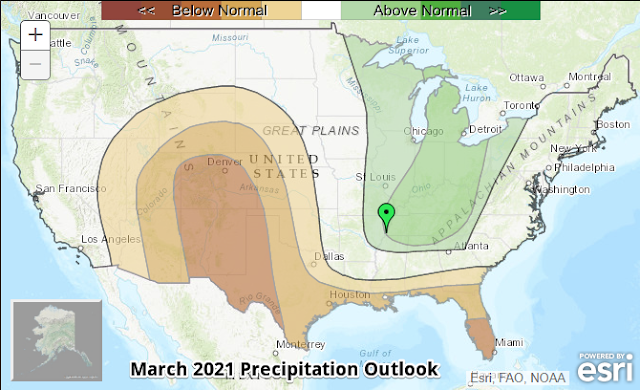 —
Follow MWN on Facebook and Twitter for routine updates and the latest info!
Complete MWN Forecast: MemphisWeather.net on the mobile web or via the MWN mobile app
Download our iPhone or Android apps, featuring StormWatch+ severe weather alerts!