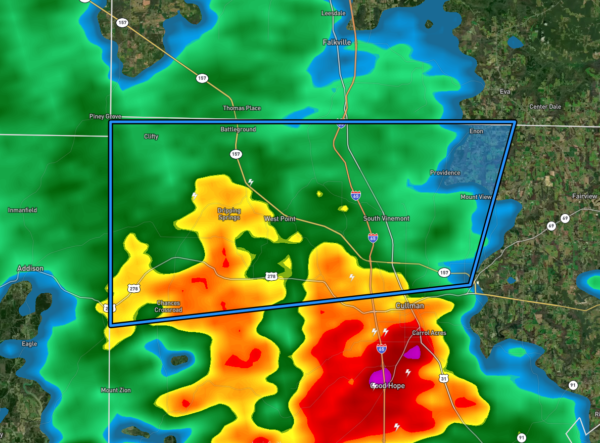 * At 215 PM CDT, Doppler radar indicated thunderstorms producing
heavy rain from near South Vinemont to near the Sardis area.
Between 1 and 3 inches of rain have fallen. Additional rainfall
amounts of 1 to 2 inches are possible in the warned area. Flash
flooding is ongoing or expected to begin shortly.

Please report observed flooding to local emergency services or law
enforcement and request they pass this information to the National
Weather Service when you can do so safely.