This is a post to show some incorrect ratings of the phil campbell EF5.

Note that there are so much mistakes i was only able to show stuff from the first county for this post.

it is to note there were over 360 tornadoes form this outbreak , so they had there hands full.

however this dose not stop the fact they seem to never have fix there survey.

I’m not trying to be rude to nws , but i do wish they could notice the major flaws they did here. 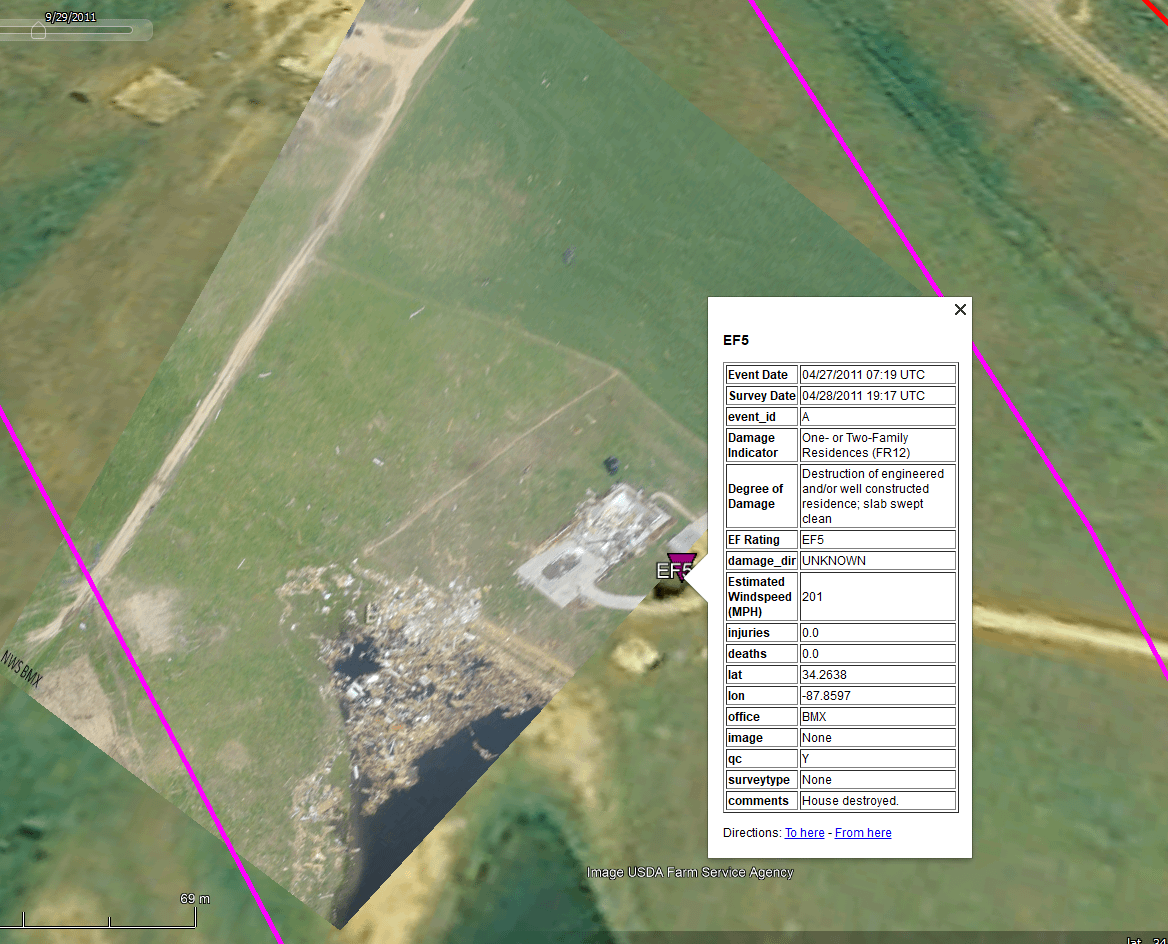 Even tough there are errors , not all of them are incorrect , here is a example of a correct rating and position. 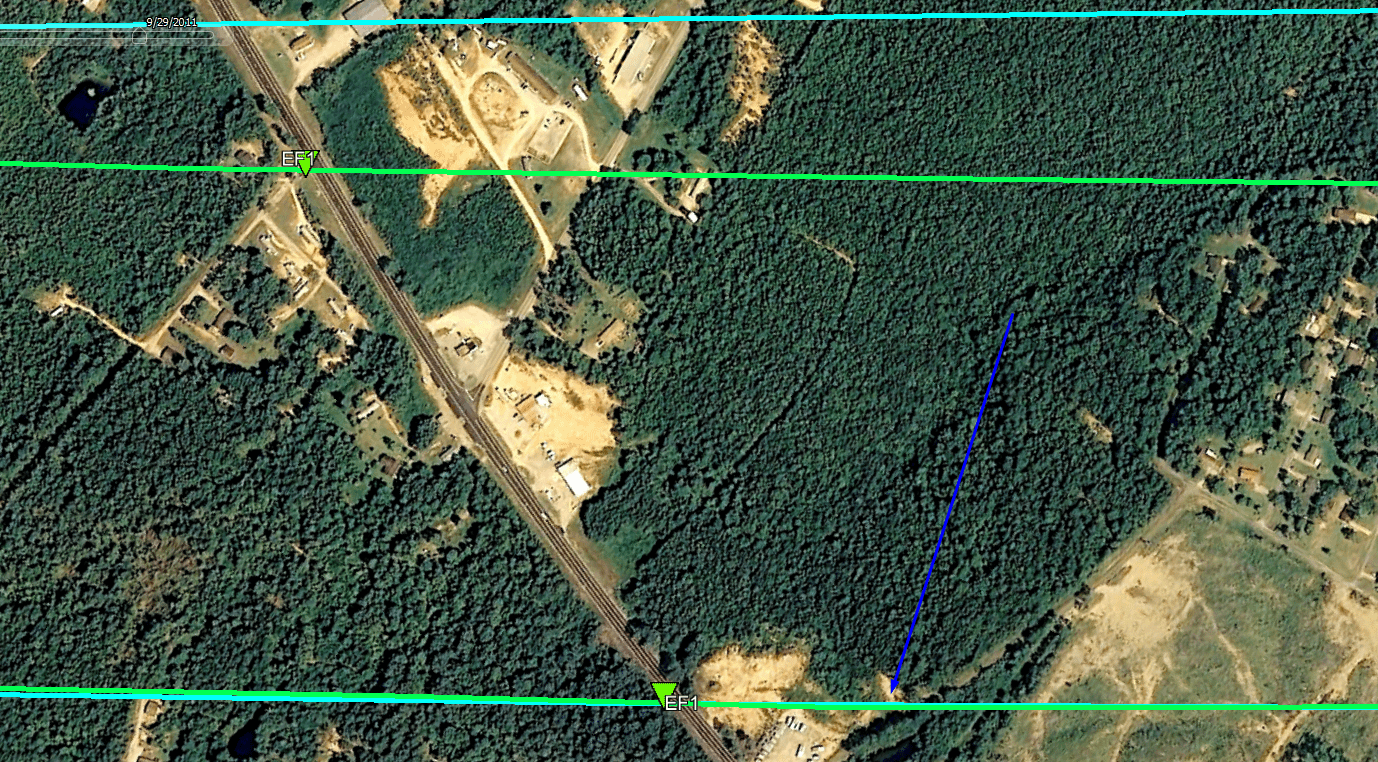 EF2-EF3 outline is not added.. , the EF1 and EF0 go inside each other , also note the Damage outline and points mostly seem to be too much to the north? 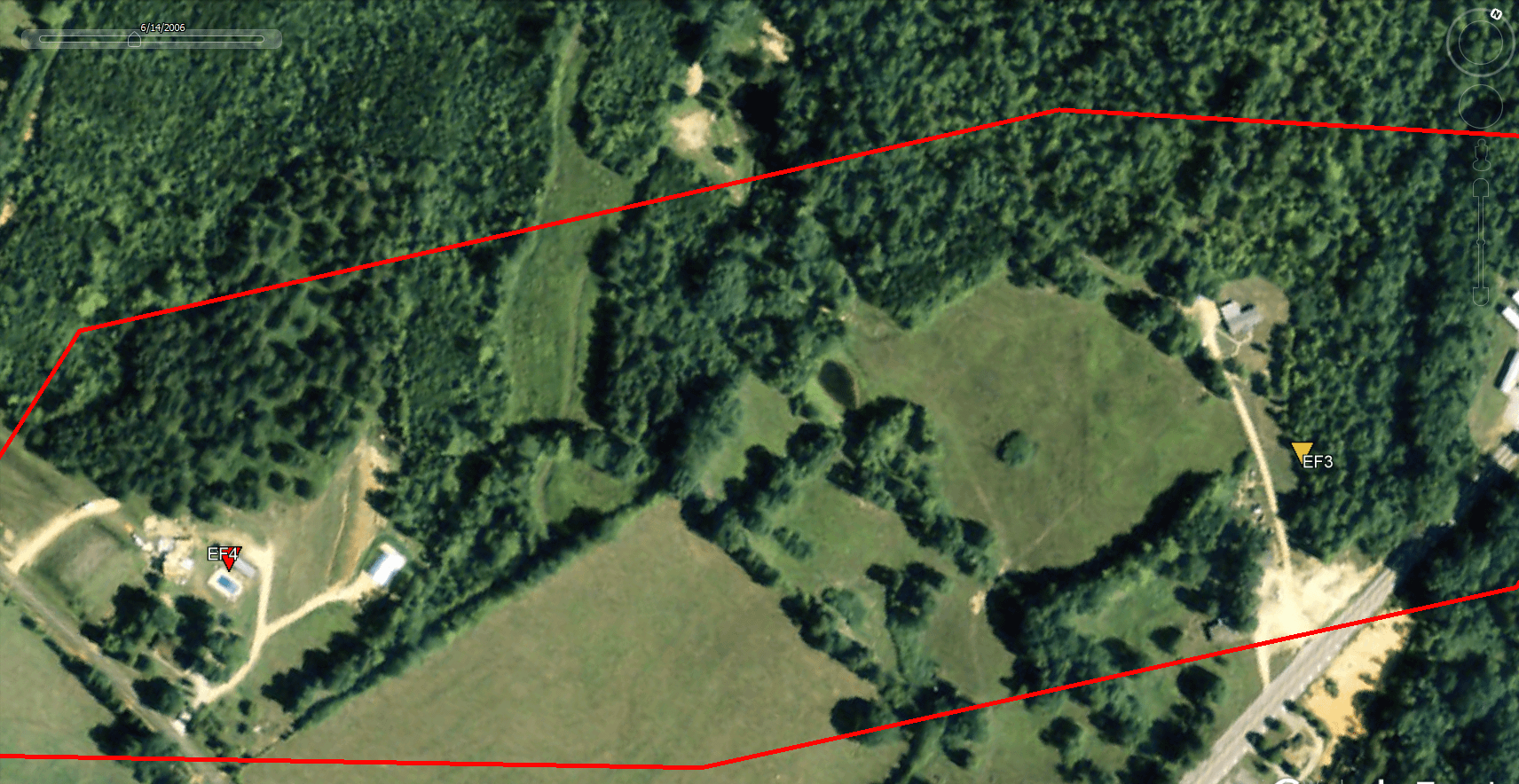 Image from 2006 , note the home on the left is being build it seems. 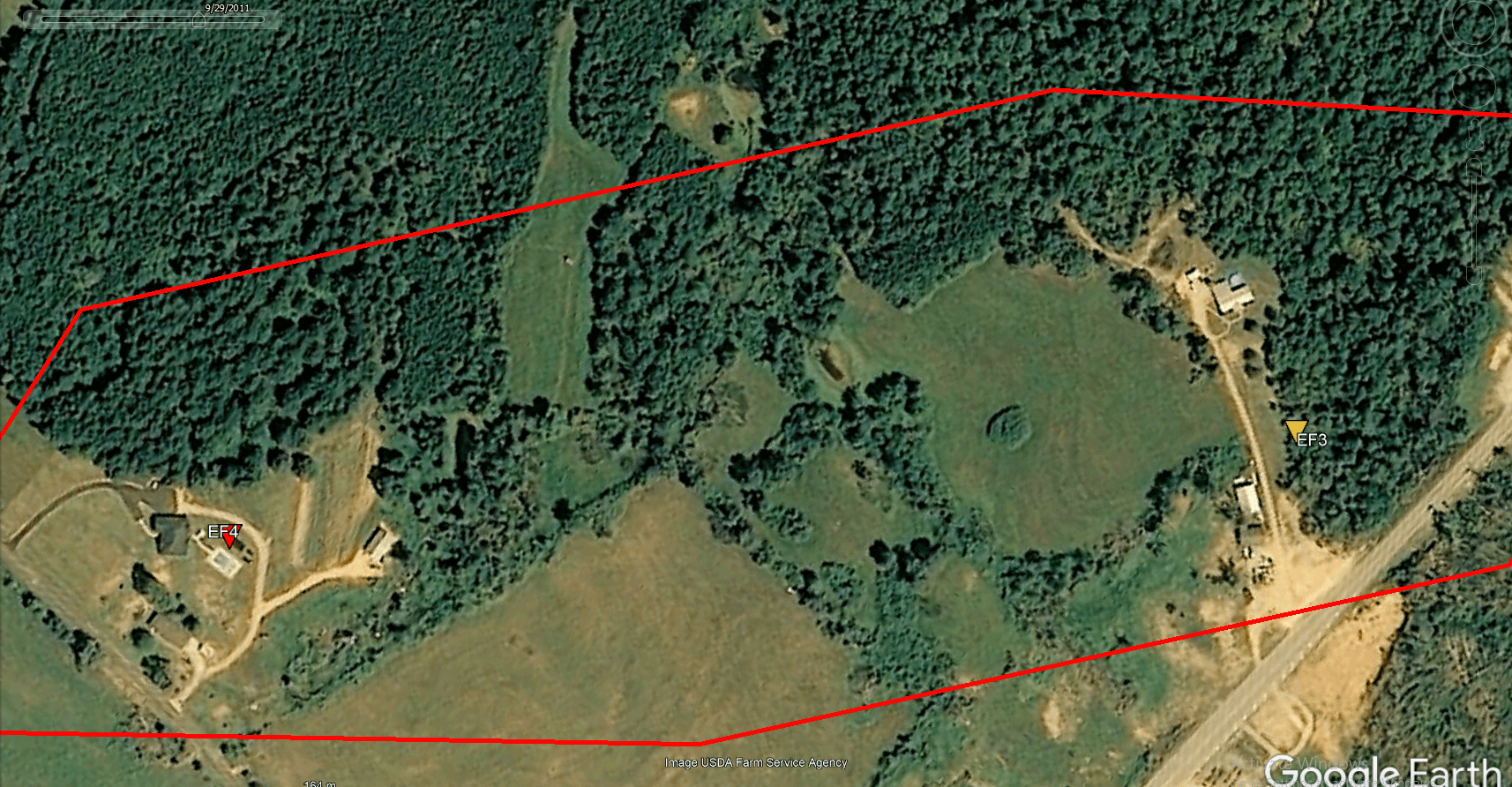 Image from 2011 , the home on the left and right are standing with almost no damage , however the southern part of the image has some severe damage, unsure why they shove the EF4 outline around ef3 damage?. 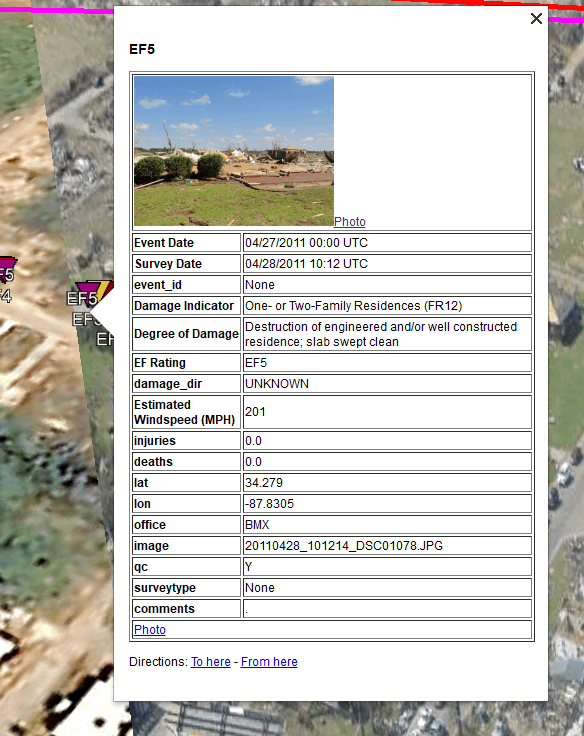 a home that says its swept clean , note for later and , note that the bush’s are fine not even debarked. 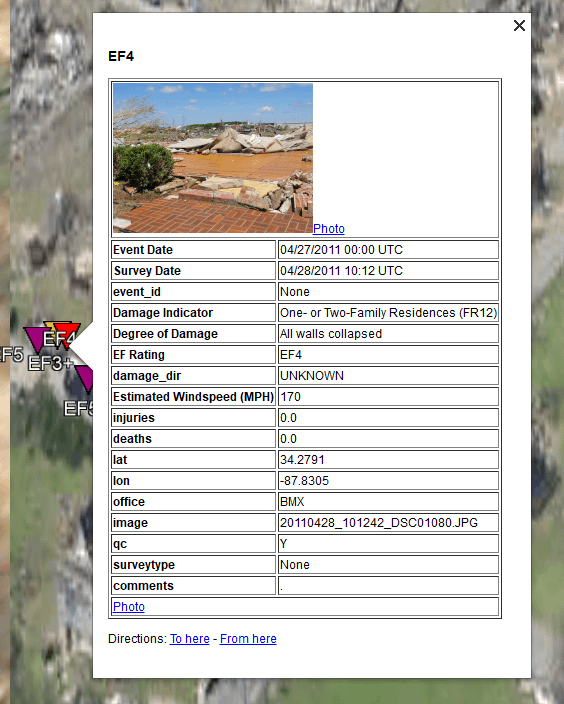 Same house , but suddenly its rated EF4? and stated to not be swept clean? 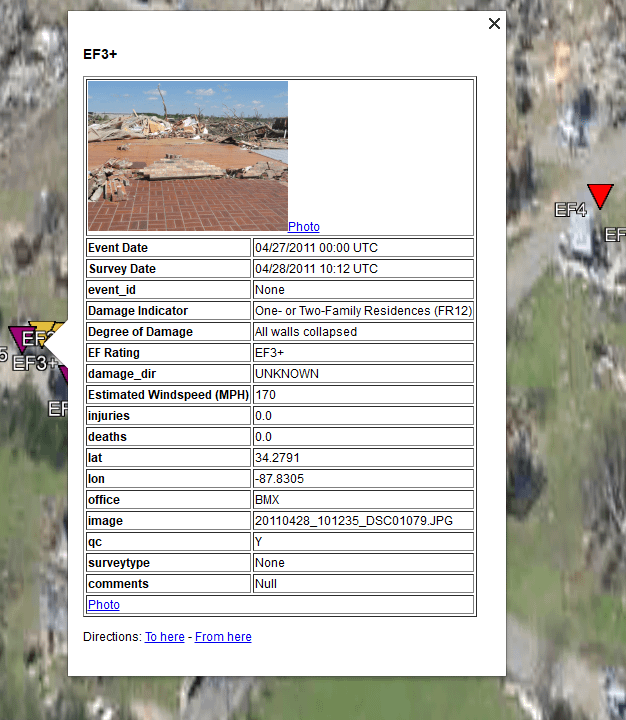 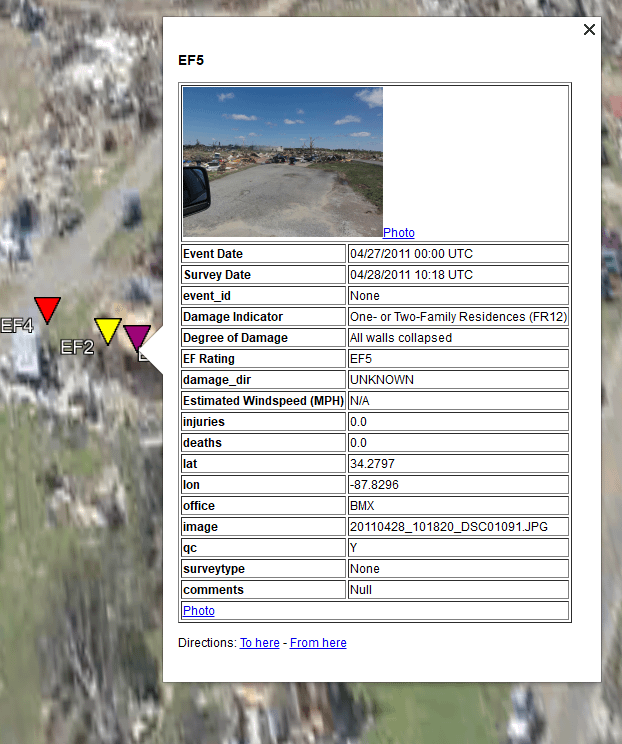 All walls collapsed , that’s not what EF5 damage is… , take a look under for what is EF5 damage. 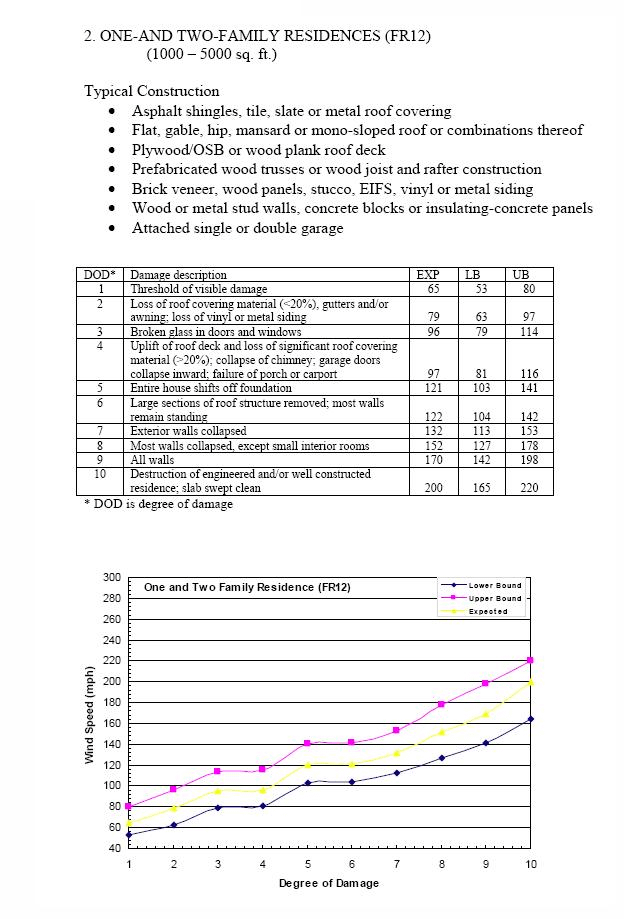 All walls down stops at 198 MPH 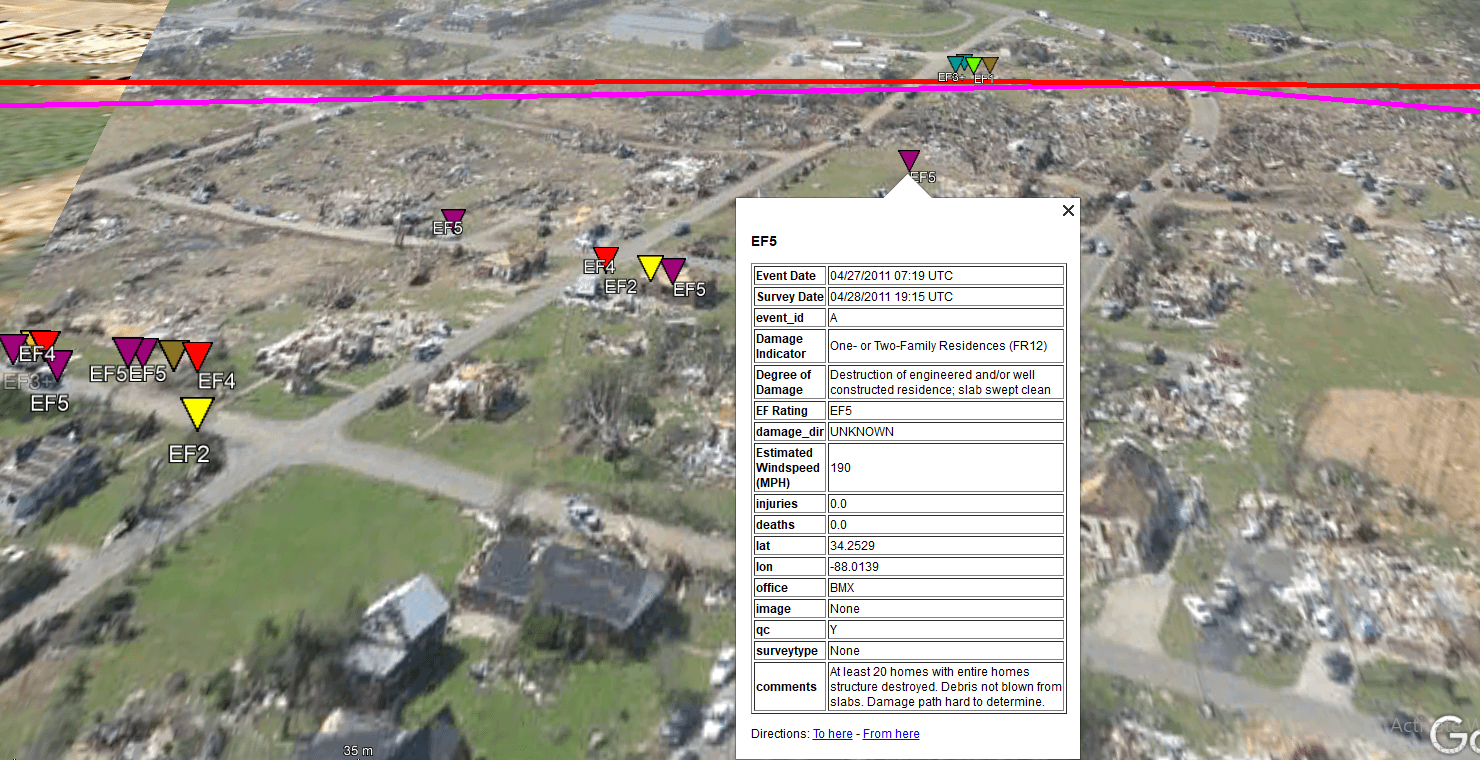 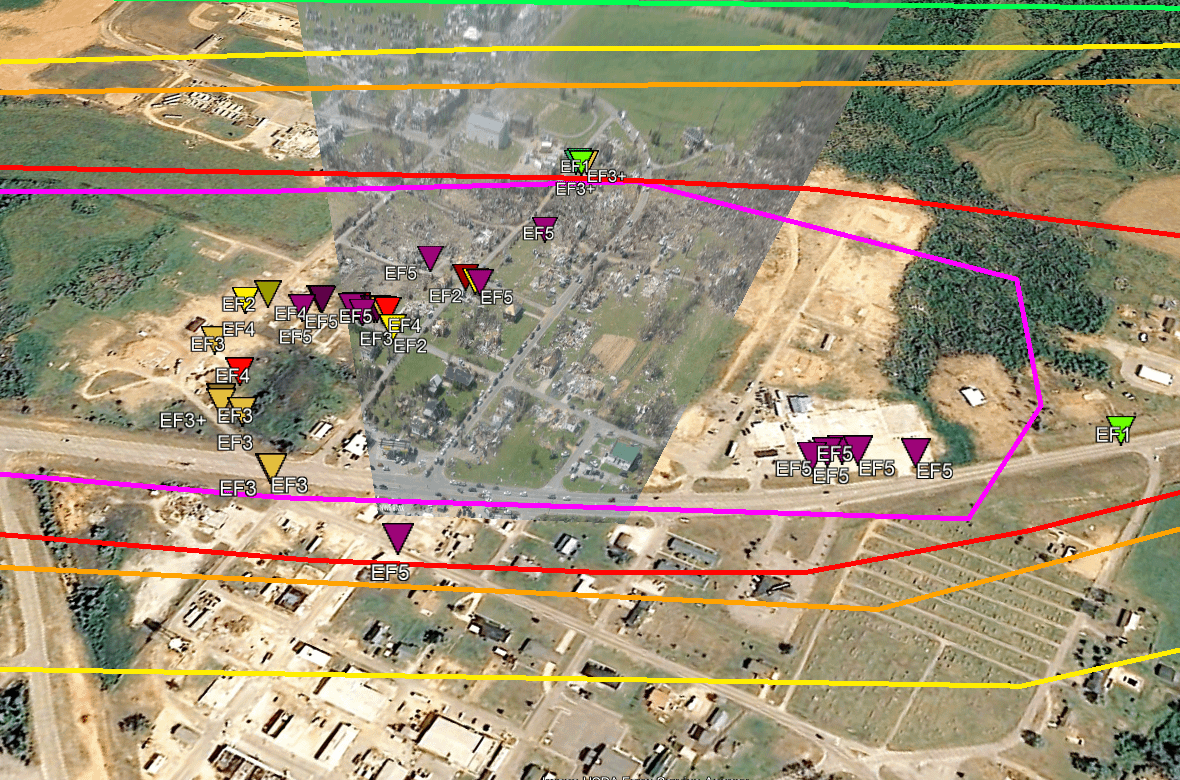 Notice that where the EF5 area is at , most of it (south part , including the damage points you can see the homes are clearly standing with there roof’s mostly still there.)

and yes that’s a overlay image i added to get a better view. EF3 Line is slightly sticking out of the EF2 line , there seems to be no EF2+ damage here , trees are all fine , don’t see any evidence of a home being there?

Very incorrect , damage core is way south of where they put the survey , it looks more severe then just being EF1 as well… 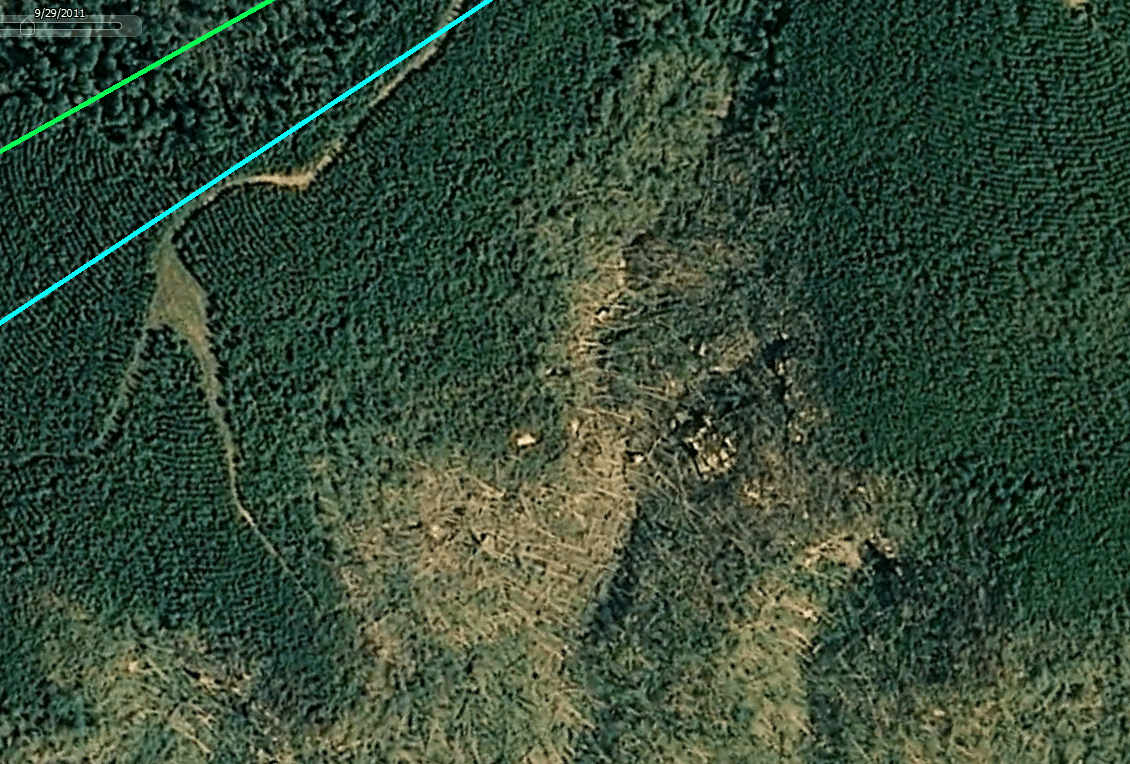 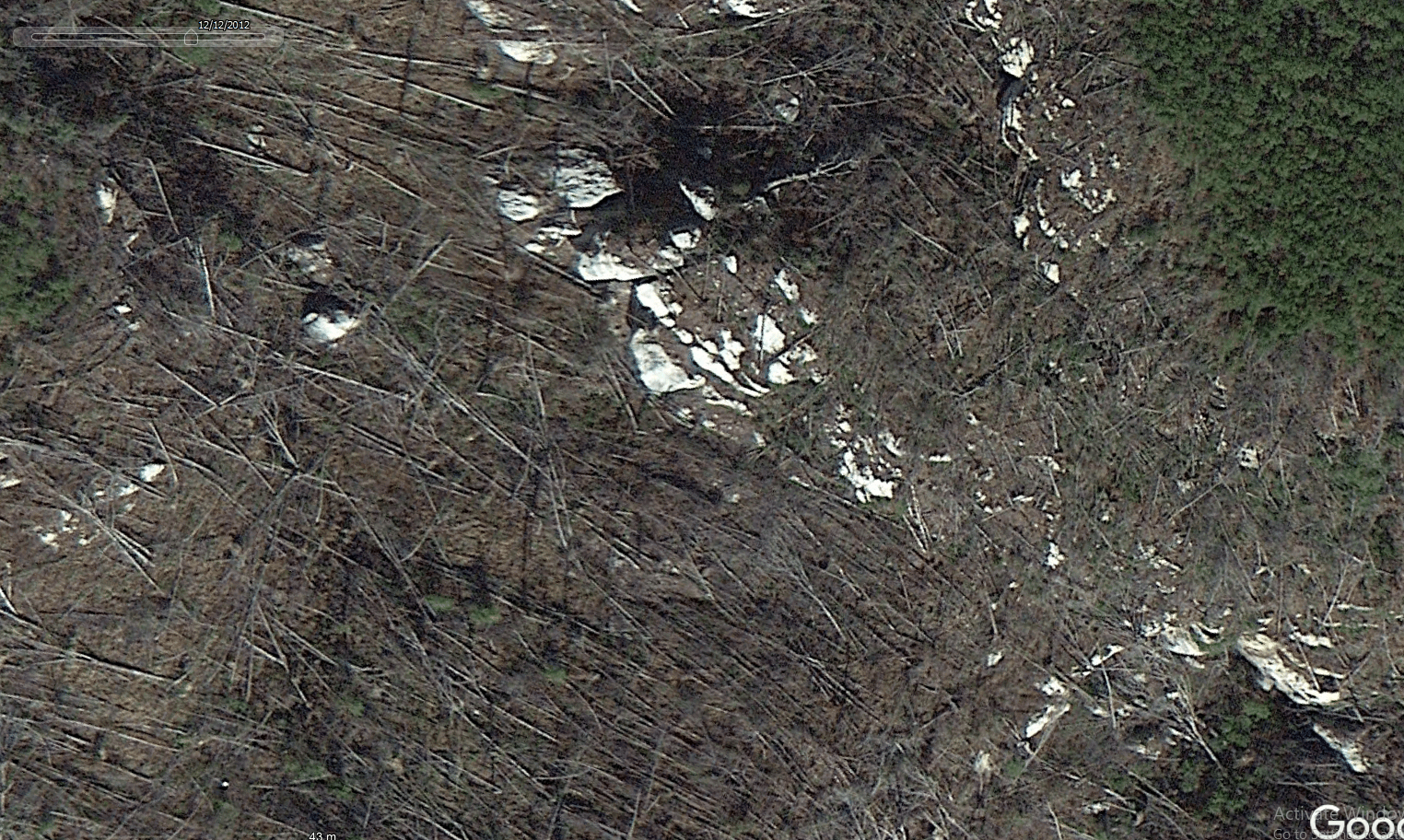 even more close up , and a year after and in better quality , all trees are down.

I recommend them to look at the survey and fix it up.