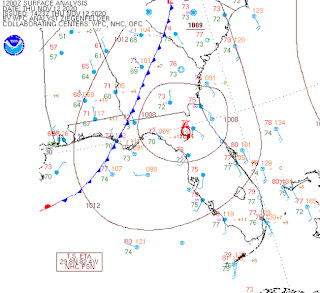 This is where we are today.

ETA is a Gator Storm.

But the weather isn’t there…… 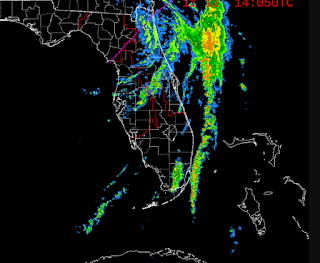 Merging with the front. 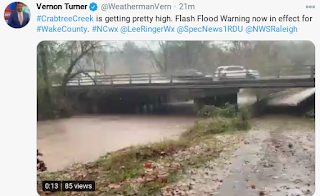 The creek is rising! 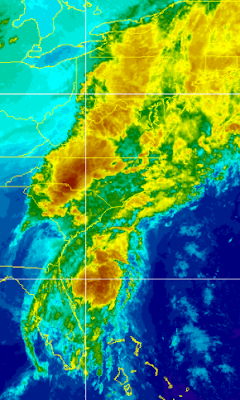 This is why I have said ignore the cone.

The cone is not preparing you for the story. 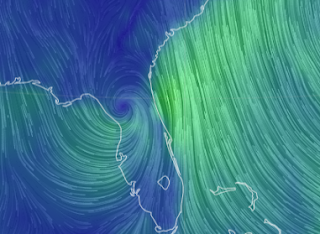 The cones for Eta and Theta below.

As for IOTA down in the Caribbean.

Some new models broke with the pack. 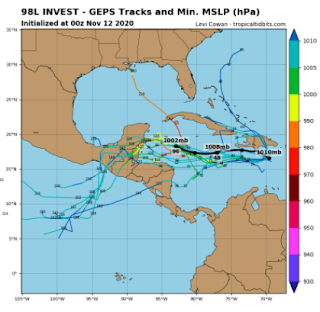 Bottom line is either you believe this hits Belize, Central America and parts of Mexico and reforms in the Eastern Pacific or you see there is a chance it gets further North up into the Gulf of Mexico or the Atlantic. Much depends on where it forms latitude wise the lower it forms the further South it stays but hey early models and cones showed Eta crashing into Central America and dying there but then models broke from the pack and we see that happening again. So keep watching.

Lots of flooding in Tampa, Florida and today in the Carolinas. Water rescues going on currently in North Carolina and more will happen later today.

I wrote a long blog and I lost it. Hasn’t happened in a long time so I’m going to go take a very long shower and start over later in the day.

2. Lifts up to the North finding a weakness with a front.

3. A strong front dips into the Caribbean and it boomerangs back ENE out to the Atlantic.

Have a good day… if you live on the East Coast this is another Isaias sort of combine with a front and ride it up the coast and it’s November so you have that added in.

Weather not where the center is…