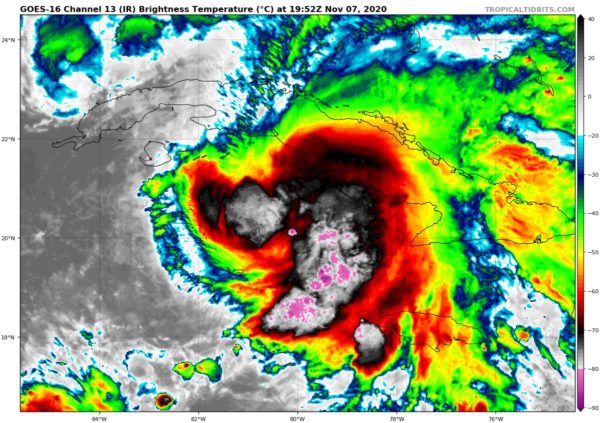 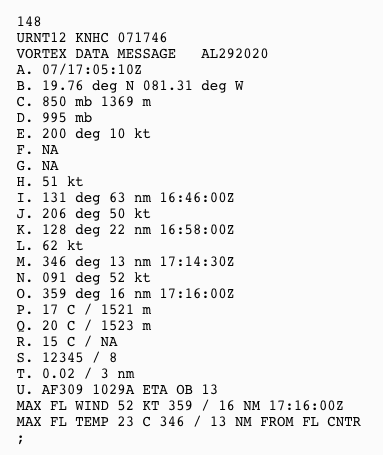 The latest Vortex Data Message from the National Hurricane Center shows that the latest reconnaissance mission into the center of Eta could not find an eye as of yet (F and G), but it does show that maximum surface winds are up to 62 knots (L) or just over 70 MPH. If this data checks out without error, Eta is nearly strengthened back into a hurricane as it approaches the southern Cuban coast.

If this translates over into the next Public Advisory that comes out at 3:00 pm, hurricane watches and warnings may need to be issued to replace the current tropical storm warnings. 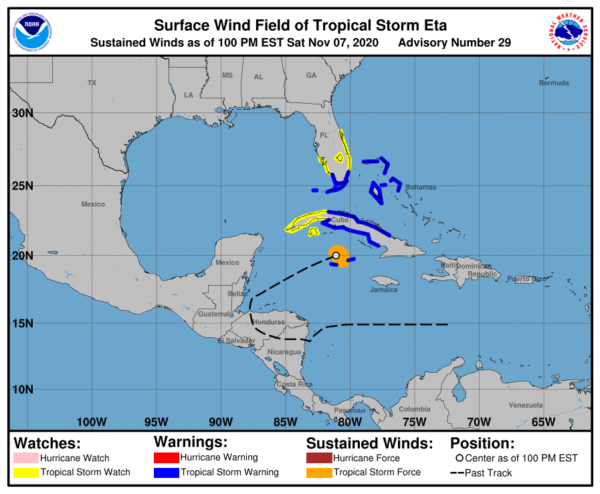 Tropical Storm Warnings are up for:

Tropical Storm Watches are up for:

1. Heavy rainfall will continue across the Cayman Islands, portions of Cuba and Jamaica, and will spread north into the Bahamas and southern Florida. This rain may result in significant, life-threatening flash flooding and river flooding in Cuba. Flash and urban flooding will also be possible for the Cayman Islands, Jamaica, the Bahamas, and southern Florida.

2. Tropical storm conditions are expected today and Sunday in portions of the Cayman Islands, Cuba, and the northwestern Bahamas, where a Tropical Storm Warning is in effect.