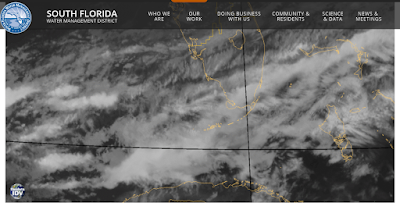 This is a great satellite view of Florida.

Good to keep for the Hurricane Season.

Should I do one new link a day?

If you hit that loop (after finishing the blog of course) you will see that area is still rooted down there. What do I mean by “rooted” you must be thinking. When it keeps flaring up after it looks as if it will die out areas need to be watched carefully for possible development. Yes, it’s April but we are edging closer to May and this is an area that can be popular for early season development. 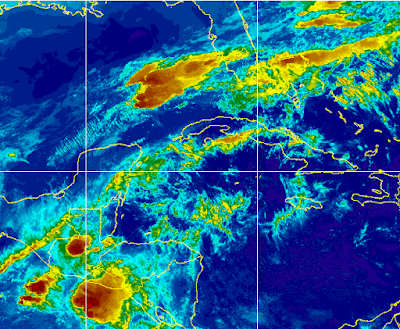 Root of it flaring up in the E GOM.

Down below EPAC wants to start on time this year.

When fronts slide down into Florida far enough for the locals to light up their fire pits and put on a sweater in the evening that’s a front even if it’s not much cooler. Last week it was close to 90 degrees and in that part of Florida any cool air is a big deal. Late season fronts often produce early season tropical storms. Again it’s about the pattern that is setting up vs this front or the last or even the next that goes flat as it enters Florida with it’s tail lingering in warm water. Always good to watch both sides of flat fronts; flat being they are dying out and they lay there horizontal across the state weeks before May Monsoons hit and the water only gets hotter. That was probably an improper use of a semi colon but I’m in a mood and can’t erase the memory of someone scribbling notes fast at a lecture using a semi colon.  Semi Colons kind of look tropical in weird ways if you think on it…. or maybe don’t think on it. 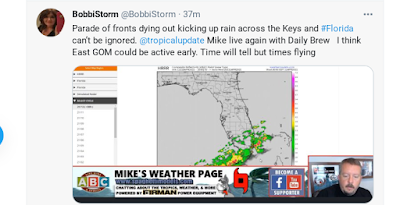 Speaking of locals, Mike is a local and he knows Florida well. He knows weather but he especially knows Florida weather and that comes in handy during the Hurricane Season. He’s been on and off throughout the year and I usually watch him on YouTube when I have the time but now that we are getting closer to Prime Time I’m watching in the  morning on Facebook. The beauty of YouTube is you have OPTIONS so if you are busy in the morning when Mike is talking live… you can catch up on it later while relaxing at lunch or while making dinner or whatever floats your boat. He also has a boat so he gives a good heads up to Floridians with boats on when to go out and when not to take the boat out. Speaking of “heads up” he is very into that and he will be the first to question why the NWS didn’t put up a Tornado Watch when tornadoes march across Central Florida. Note early season and late season Tropical Storms that come into Florida, especially from the Eastern Gulf of Mexico, can really rip up the landscape both with waterspouts that move on shore and actual tornadoes that spin up fast so keep that in mind. 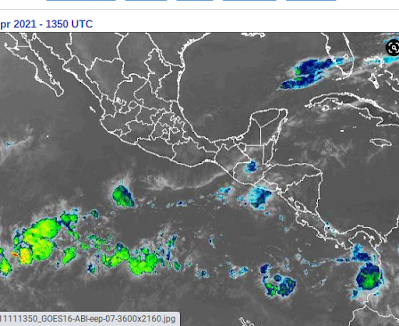 Eastern Pacific … and most of Gulf of Mexico.

As for the Eastern Pacific  it officially begins on May 15th and there has been a continual stream of moisture that is ready and available to produce systems. It may begin on time this year and that’s something we always watch. Also the EPAC has some great links on the NHC site that do a great job of showing what’s going on in parts of the Gulf of Mexico and the Yucatan so check them out.

So that’s the story on Wednesday. Hopefully I will blog tomorrow and add another link that’s good to keep on hand when watching the tropics. Again another cold front IS dipping down this week and that’s keeping summer at bay in the Carolinas and parts of Florida. It should also amp up serious weather along the Gulf of Mexico in areas still recovering from last year’s Hurricane Season.

Be well and get out and do what you can and enjoy the day,