NOT A CLOUD IN THE SKY: A very dry airmass is in place across Alabama this afternoon; the sky is sunny statewide with temperatures in the 60s. Tonight will be clear and chilly again with lows between 30 and 40 degrees for most communities over the northern half of the state.

Alabama’s weather won’t change much for the rest of the week. Sunny cool days, clear cold nights. Highs in the 60s, lows mostly in the 30s. Many places will see frost, and colder spots will see a freeze, much like what we experienced early today.

THE ALABAMA WEEKEND: Saturday will be mostly sunny and warmer with a high in the low 70s. Then, moisture begins to increase Sunday, and we will introduce the chance of a few isolated showers, but nothing really widespread. The high Sunday will be in the 72-75 degree range, almost 10 degrees above average for this time of the year.

THANKSGIVING WEEK: A cold front will bring the risk of a few scattered showers Monday, followed by generally dry weather for the rest of the week. Highs will be mostly in the 60s, with lows in the 30s and 40s. Bottom line is that we don’t see any really high impact weather events for Alabama for the next 10 days or so. See the Weather Xtreme video for maps, graphics, and more details.

IOTA NEARING LANDFALL: Extremely dangerous Hurricane Iota is now at category five strength with sustained winds of 160 mph. Iota is expected to remain a catastrophic category 5 hurricane when it approaches the coast of Nicaragua tonight. Extreme winds anda life-threatening storm surge are expected along portions of the coast of northeastern Nicaragua, where a hurricane warning is in effect. Through Thursday, heavy rainfall from Iota will likely lead to
life-threatening flash flooding and river flooding across portions of Central America. Flooding and mudslides in Honduras and Nicaragua could be exacerbated by Hurricane Etas recent effects there, resulting in significant to potentially catastrophic impacts. 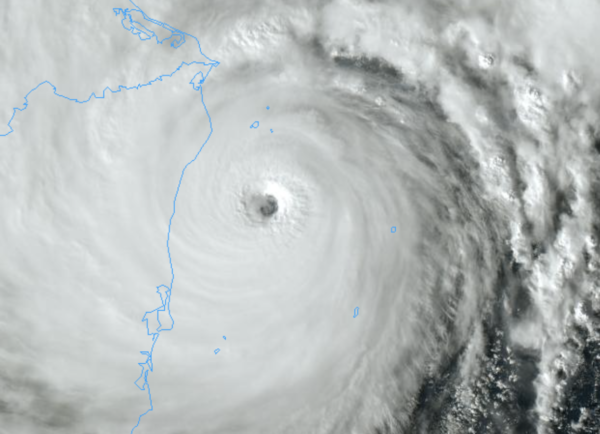 Also, a new area of low pressure could form in a couple of days over the central or southwestern Caribbean Sea. Environmental conditions should favor some subsequent development, and a tropical depression could form by the end of the week while the system moves slowly westward or west-southwestward across the southwestern Caribbean Sea. For now this looks like it will not be a threat to the Gulf of Mexico or the U.S.

ON THIS DATE IN 1989: Snow squalls were moving through North Alabama, the day following an F4 tornado that killed 21 people in Huntsville.

ON THIS DATE IN 2006: An early morning F3 tornado killed eight people, injured 20 others and left 100 people homeless in Riegelwood, North Carolina. This storm was the second deadliest tornado in the state in the past 50 years.

7:00 Am | *Drier today behind an initial front…cooler later in the week following a secondary front* — Perspecta Weather

7:00 Am | *Drier today behind an initial front…cooler later in the week following a secondary front* — Perspecta Weather