They were Thomas Jefferson and Harry Truman.

On the eve of another inauguration, I thought

For the more than fifty years that Thomas Jefferson was a systematic weather observer, Monticello was the focus of his efforts to understand the American climate. Well before 1776, the date of his earliest surviving meteorological diary, he was carefully assembling information on the weather of Virginia and making his own observations at Williamsburg and Monticello. The fruits of these endeavors appeared in the chapter on climate in his Notes on the State of Virginia, which, when published in 1785, established his membership in the international fraternity of scientists and natural philosophers. 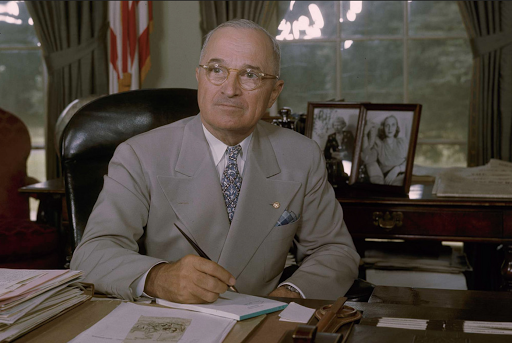 President Truman had the Weather Bureau deliver the morning weather map to his Oval Office desk every morning. He once told Francis Reichelderfer, then Chief of the Weather Bureau, “Your forecasts are no damn good!” Harry was also member of the American Meteorological Society (AMS). In 1957, he gave the welcoming address to the AMS conference on severe storms which was held in Kansas City.

Under a portrait of Jefferson, former president Truman proudly held a weather map at the Truman Library in 1957. 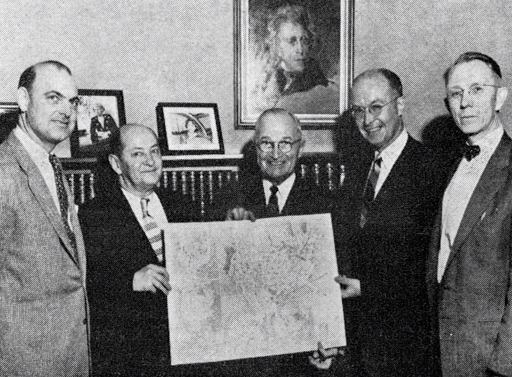