We being told there are more virulent versions of the coronavirus threatening to spread across the United States. The best way to damp them down is with vaccinations but the effort continues to badly stumble. Per NBC News:

Pharmacists at Inova Health, one of the largest hospital systems in the Washington, D.C., area, say they started noticing significant amounts of leftover vaccine in almost every vial, even after they used the additional sixth doses in Pfizer’s vials. But because of the FDA’s regulations, they are being forced to throw out any extra vaccine.

“It’s heartbreaking for us,” Massiah-White said. “We’ve had multiple team members that rotate through here, and at least daily somebody says, ‘Why can’t we pool the waste?’

The Inova pharmacists did an experiment, taking 100 vials that had residual vaccine. Eighty of them had significant amounts left over. The pharmacists found that with the vaccine left in the 80 vials, they could make 40 additional full doses. That meant that on a typical vaccination day, when the hospital will typically give more than 4,000 shots, it could give an additional 400 vaccination shots with the same supply.

“Ultimately, when there are enough vaccines, wasting some at the bottom won’t matter,” Jones said. “But right now, we are millions of doses short. So a few extra doses from each set of vials will make a difference in literally hundreds of people a day.”

This exchange sums up the situation well. 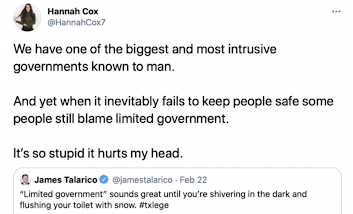