The moisture imagery from the NOAA/National Weather Service geostationary satellite, GOES-W, is absolutely stunning this evening (see below)….and even more so with a bit of explanation. 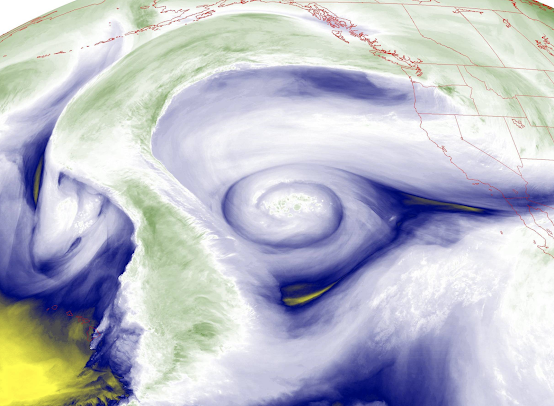 The image shows moisture in the upper troposphere (roughly 20,000 to 35,000 ft above sea level) and the swirl of moisture is painting out the atmospheric flow at these levels.   There is, in fact, a HUGE ridge of high pressure over the eastern Pacific, with a deep low center embedded in it.

Let me show you, with an annotated version indicating the wind fields. Some moisture is streaming northward over the western portion of the domain and the turning abruptly towards WA state.  Other moisture, at a bit lower level. is heading westward from California and then swirling into a low offshore. 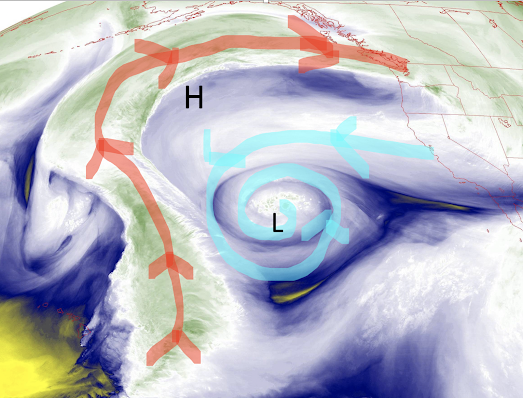 This pattern is called a Rex Block and you can view an upper-level map ((500 hPa pressure, about 18,000 ft) at 4 PM that shows the key features:   a big area of high pressure (a ridge) with a low tucked in to its south.  This pattern is very stable and persistent and was named not for some king but after a  meteorologist who first described it:  Dr. Daniel Rex.   But for me it will always be the king of weather patterns!

Now the satellite image I showed above was sensitive to water vapor content in the upper troposphere.

But satellite meteorologists have quite a bag of tricks and our expensive GOES satellite can look down at another wavelength the shows water vapor in the middle troposphere—more like 10,000 to 20,000 ft (see below).   Really beautiful with both features still evident. 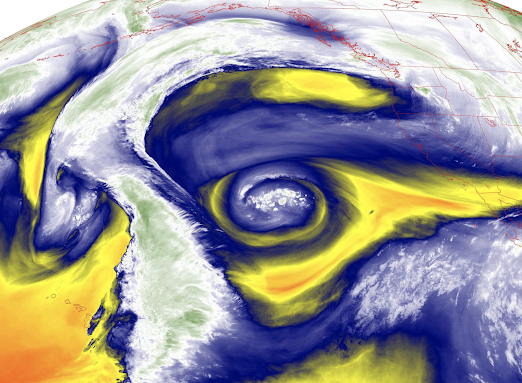 But why stop there?   Another wavelength lets us view low-level moisture and is shown below.  Wow.   A lot of moisture at low levels and the low looks like a hurricane! 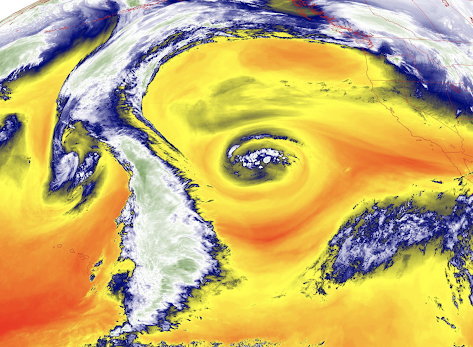 Finally, the icing on the cake:  take a look an animation (below).

A regular infrared satellite image, such as you would see on TV or the web, hardly shows any of this swirling action because normal satellite imagery only shows clouds and the surface (see below).  The imagery above is showing you water vapor, which an invisible gas viewed in visible light and normal infrared wavelengths.  You can see more structure with water vapor satellite imagery!

Well, now you are REX aware and know a bit about water vapor satellite imagery.