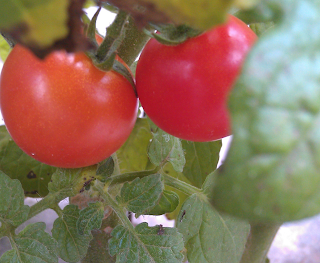 During the past two months, our morning low temperatures have been much warmer than normal. Yet our daily highs have not been that unusual.

A big reason is the blob–an area of warm water over the northeast Pacific Ocean.

Below are the temperatures for the past month at SeaTac Airport, with the normal highs (purple line) and lows (cyan line) shown as well.  Averaged over the period, SeaTac’s high temperatures have been near or slightly above normal, with both days above and below normal.

You can see the effect in regional temperature maps.  Here is the difference from normal of the minimum temperatures over the past month for Washington State.

Wow.  The coastal zone of our state was 6-8 F above normal, and the warming was about half as large east of the Cascades. 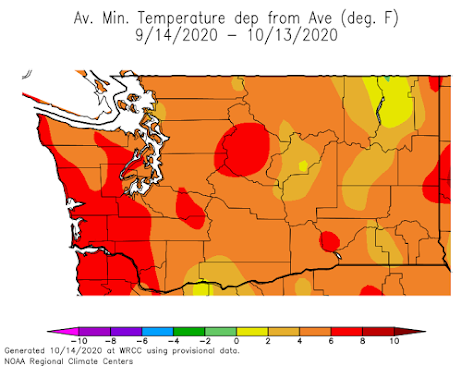 But now look at the difference from normal for the same period of maximum temperature.  Quite different.  First, the differences are less and the smallest warming is over the western half of the state.  Why? 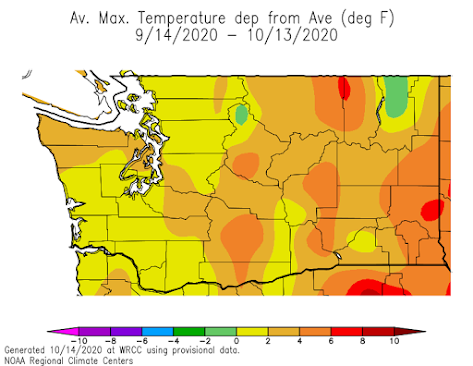 The answer  to this strange temperature pattern is the warm water over the eastern Pacific, commonly referred to as the BLOB.

Here is the difference from normal of the sea surface temperatures over the northeast Pacific today.  The waters off our coast are quite warm–as high as 3-5C (5-9F) above normal! 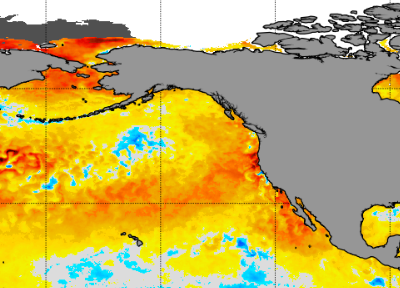 Even averaged over the past month, the northeast Pacific is quite warm  by 2-3C (see below). 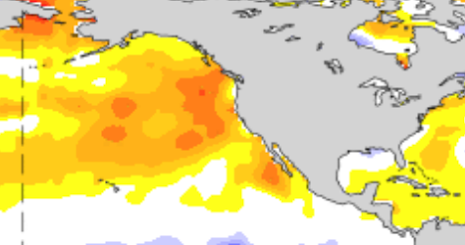 A warm Pacific warms the low level air moving into area, particularly west of the Cascade crest,  and particularly for minimum temperatures.  Maximum temperatures are less affected, because greater vertical mixing during the day (because of solar heating at the surface) brings down air from aloft that is less influenced by the sea surface temperatures.

Reading your minds, you are probably asking, why has the eastern Pacific sea surface been so warm recently?  Glad you asked.

The origin can be understood by looking at the difference from normal over the past month at upper levels (500 hPa, about 18,000 ft) and considering the heights of that pressure surface above sea level… which you can think of in terms of pressure (see below).

Much higher than normal heights— a ridge- is over the continent and much lower than normal heights–a trough–are found over the Gulf of Alaska.   This highly anomalous and persistent pattern has resulted in enhanced southwesterly flow in the lower atmosphere that brings warm water northward and lessens cold water upwelling along the coast. 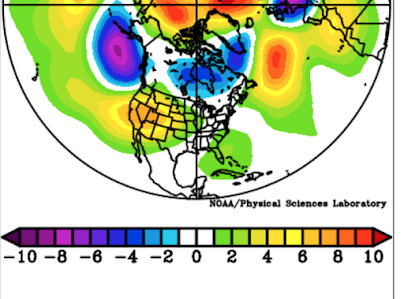 Considering we are about to enter a La Nina winter, one would expect that this pattern to break down.    My tomatoes will be sad if it does. 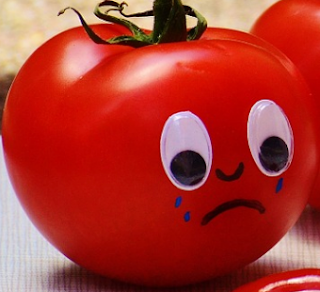 Alabama-Built Mercedes-Maybach SUV to Start at $160,500 : The Alabama Weather Blog

Epsilon Getting Stronger and Better Organized as of 1:00 pm : The Alabama Weather Blog

Alabama-Built Mercedes-Maybach SUV to Start at $160,500 : The Alabama Weather Blog

Epsilon Getting Stronger and Better Organized as of 1:00 pm : The Alabama Weather Blog