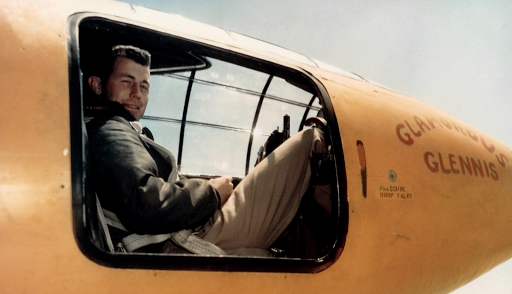 America has lost a giant.

Chuck Yeager, the man who strapped himself — with the assistance of a one-foot length of broomstick — into an experimental jet and broke the sound barrier, has died at the age of 97. He was the ace of aces. During World War II, he shot down four enemy planes on two separate days. 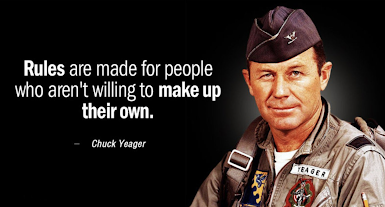 I once had the pleasure of listening to Chuck speak about the future of aerospace and we communicated on Twitter a number of times, including about weather. He was from the era where America thought of itself as, and truly was, “Home of the Brave and Land of the Free.”