Imagine a drone weather station located on an unnamed sailboat that could travel anywhere in the world to observe the atmosphere and the ocean surface.

The device exists: the Saildrone, the brainchild of uber engineer Richard Jenkins and the scientists/technologists of the NOAA Pacific Marine Environmental Lab in Seattle (see below). 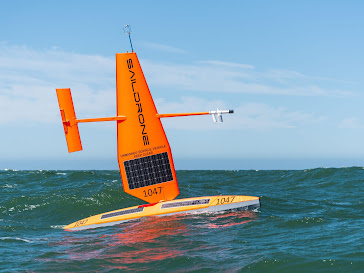 Last year,  Saildrone allowed us to “borrow” a fleet of six of them, stationed in a picket line up and down the West Coast (see my blog on it here).  An exciting experiment, but it revealed a vulnerability of these craft during steep, sharp waves associated with strong storms.   During such periods, the torque on the “sails” was too much, causing them to separate or shear off from the hull.

And this issue would be even more problematic if the Saildrones were used in their “dream” application, observing conditions around hurricanes, where no other craft would dare travel.

Not the kind of folks to avoid a challenge, Richard Jenkins and the engineers at Saildrone come up with a potential solution, a Saildrone that was designed for extreme conditions, using a shorter, stubby sail less vulnerable to strong shear forces.

Here it is (below)…the new Saildrone, hull 1054.   This year NOAA has sponsored a test experiment, right off our coast, with the hope of catching some big waves and weather.  If successful, the plan is to put some of these new Saildrones in harm’s way during hurricane season next year. 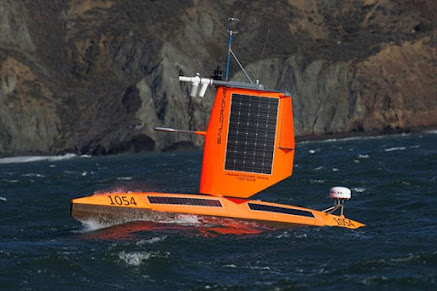 Today was a test of the new Saildrone.   A fairly strong front moved across the coastal waters and the Saildrone was there (see a map of the location this afternoon). 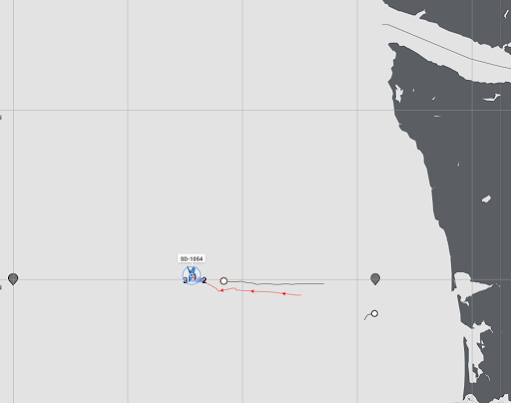 The forecast surface weather map for 7 AM this morning showed a potent low center off NW Washington Island and a strong front to its south, with winds getting up to around 50 knots (blue colors).  The kind of system that might produce some sharp, steep waves.

And I have good news.  The Saildrone survived fine and I have the observations to prove it!

Here are the significant wave heights today (ending at 3 PM)–they got to around 5 meters.

Winds peaked out around 35 knots, with a sharp wind shift from southeasterly to southerly flow at the end.

During the next several weeks we will be looking for more strong weather systems in the hope of putting the Saildrone into harm’s way.  The only “problem” is that this is a La Nina year, and such years often have high-pressure building off the West Coast and fewer big storms.

Tomorrow has another major blow off our coast (see forecast sea level pressures and maximum wind gusts for 4 PM Friday), so our Saildrone may get another good test during the afternoon!  Keep your fingers crossed!