The Greek alphabet had only been used twice in 2005 and nine times last year in a record-shattering hurricane season.

WASHINGTON — With named storms coming earlier and more often in warmer waters, the Atlantic hurricane season is going through some changes with meteorologists ditching the Greek alphabet during busy years.

But the Atlantic hurricane season will start this year on June 1 as traditionally scheduled, despite meteorologists discussing the idea of moving it to May 15.

A special World Meteorological Organization committee Wednesday ended the use of Greek letters when the Atlantic runs out of the 21 names for the year, saying the practice was confusing and put too much focus on the Greek letter and not on the dangerous storm it represented. Also, in 2020 with Zeta, Eta and Theta, they sounded so similar it caused problems.

The Greek alphabet had only been used twice in 2005 and nine times last year in a record-shattering hurricane season.

Starting this year, if there are more than 21 Atlantic storms, the next storms will come from a new supplemental list headed by Adria, Braylen, Caridad and Deshawn and ending with Will. There’s a new back-up list for the Eastern Pacific that runs from Aidan and Bruna to Zoe.

Meanwhile, the National Oceanic Atmospheric Administration is recalculating just what constitutes an average hurricane season. If it follows the usual 30-year update model, the new “normal” season would have 19% more named storms and major hurricanes. And prominent hurricane experts want meteorologists to rethink how they warn people about wetter, nastier storms in a warming world.

“Climate change is real, and it is having an impact on tropical cyclones,” University of Albany atmospheric scientist Kristen Corbosiero said.

The National Hurricane Center has already decided to start issuing its routine tropical weather outlooks for the Atlantic on May 15, but after discussion the special WMO committee decided to keep 2021′s hurricane season to its traditional calendar.

“We’re putting together a team” to look at both the storm count and how to warn people best, said hurricane center Director Ken Graham. “I want some data before making this big decision.”

For six straight years, Atlantic storms have been named in May, before the season even begins. During the past nine Atlantic hurricane seasons, seven tropical storms have formed between May 15 and the official June 1 start date. Those have killed at least 20 people, causing about $200 million in damage, according to the WMO.

Last year, the hurricane center issued 36 “special” tropical weather outlooks before June 1, according to center spokesman Dennis Feltgen. Tropical Storms Arthur and Bertha both formed before June 1 near the Carolinas.

Storms seem to be forming earlier because climate change is making the ocean warmer, University of Miami hurricane researcher Brian McNoldy said. Storms need warm water as fuel — at least 79 degrees (26 degrees Celsius). Also, better technology and monitoring are identifying and naming weaker storms that may not have been spotted in years past, Feltgen said. 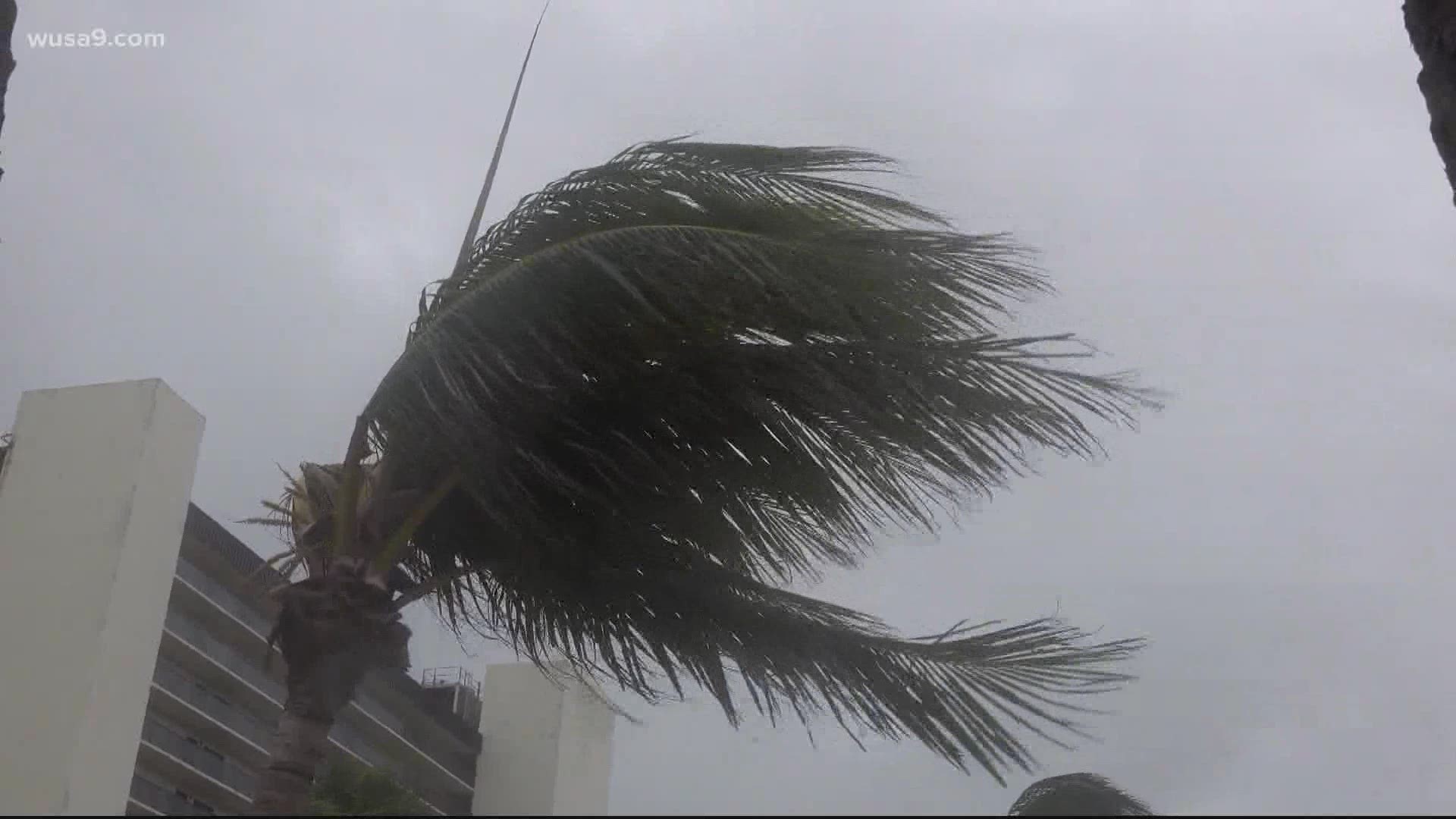 Meteorologists calculate climate averages based on 30-year periods to account for variations in daily weather.

Over the next few weeks, the 30-year average for Atlantic hurricanes is being recalculated by NOAA. That means changing the benchmark for normal from the 1981-2010 period to the much busier 1991-2020 period.

University of Miami’s McNoldy did his own calculations based on NOAA data and found that the average number of named storms a year would jump from 12.1 to 14.4 if the benchmark is changed. Thirty years ago, the average was 10 named storms.

With more storms, risks for people and property go up and that’s likely to continue, McNoldy said. Last year’s record of 30 storms was like two seasons crammed into one, he said.

But Colorado State hurricane researcher Phil Klotzbach said hurricane activity should eventually quiet down. For decades, researchers have talked about a cycle of about 20 to 30 years of busy hurricane seasons followed by 20 to 30 years of quiet ones — generally with the current active period starting around 1995. He said using a new 30-year average starting in 1991 would not really be normal because it would include too many busy years and not enough quiet ones.

But recent research from Pennsylvania State University’s Michael Mann showed that the once-accepted busy-and-quiet cycle doesn’t really exist and quiet years were actually more of a result of air pollution and volcanic eruptions. So a warming world means the new normal is busy hurricane seasons just like the last 30 years.

With so much activity, MIT’s Emanuel said the current warnings are too storm-centric, and he wants them more oriented to where people live, warning of specific risks such as floods and wind. That includes changing or ditching the nearly 50-year-old Saffir Simpson scale of rating hurricanes Category 1 to 5.

That wind-based scale is “about a storm, it’s not about you. I want to make it about you, where you are,” he said. “It is about risk. In the end, we are trying to save lives and property,”

Differentiating between tropical storms, hurricanes and extratropical cyclones can be a messaging problem when a system actually has a cold core, because these weaker storms can kill with water surges rather than wind, Emanuel and Corbosiero said. For example, some people and officials underestimated 2012’s Sandy because it wasn’t a hurricane and lost its tropical characteristic.

The committee also retired the names of 2019′s Dorian, 2020′s Laura, Eta and Iota because they caused so much damage, a routine decision. Dorian will be replaced with Dexter for 2025 and Laura will be replaced by Leah in 2026.