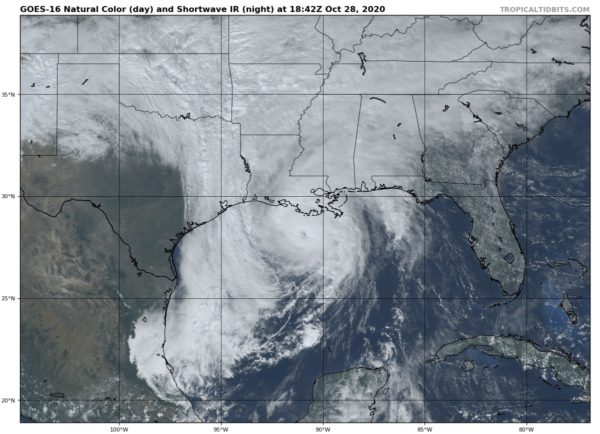 Recent data from an Air Force Reserve Hurricane Hunter aircraft indicate that Zeta’s maximum winds have increased to 105 mph (165 km), with higher gusts, and the central pressure has fallen to 973 MB. It now appears likely that Zeta will maintain category 2 intensity on the Saffir-Simpson Hurricane Wind Scale until its initial landfall in southeast Louisiana later this afternoon.