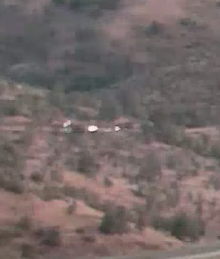 In California, the Union Pacific’s (originally Southern Pacific) Tehachapi Loop is a unique railroad venue that attracts visitors from throughout the world. There is a 24/7 camera on it and that camera captured arsonists that set a fire at the new Lookout Center that is to be dedicated Monday. The image above appears to show a flamethrower. 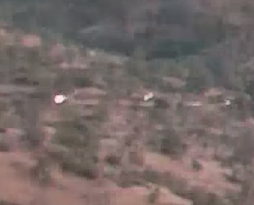 A couple of minutes later, the fire was in full bloom. Because of the camera, the Keene county fire department was notified within a minute of the fire starting. Their prompt response allowed the fire to be extinguished relatively quickly. 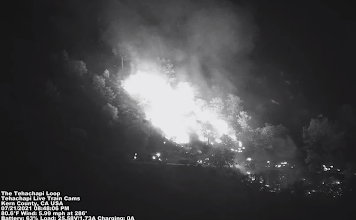 If you wish to see the video, go here, but the recording only lasts about twelve hours. The time is at the bottom left.