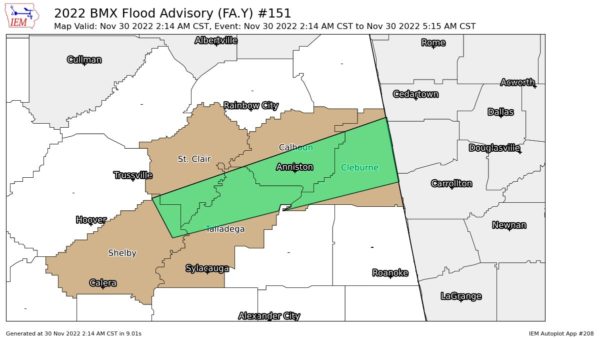 …FLOOD ADVISORY IN EFFECT UNTIL 515 AM CST EARLY THIS MORNING…