(Sorry as this may be an impossible question, but I am just looking for estimates, not exact numbers)

I am a Tunisian who lives outside the country, and am trying to estimate the rainfall of a particular area near Bizerte, Tunisia. In the Mediterranean, average rainfall can change pretty drastically from one area to another, even if they are somewhat close together (considered the same city) due to nearby mountains, orientation against rain-bearing winds, etc.

According to the DGRE of Tunisia, the average annual rainfall at the Bizerte Sidi-Ahmed AIRPORT is 636.6 mm per year (most falling in winter). I have attached a screenshot of Bizerte, the Sidi-Ahmed Airport, and the specific location (Cap Blanc) I would like to estimate the rainfall for (this is for building construction purposes).

My thought is that since the locality is closer to the sea, and somewhat better oriented to rain-bearing winds coming from the Northwest direction (winds from France bring heavy rain during the autumn/winter months), that this area would have slightly more rainfall on average per year. I was thinking around 675 to 700 mm. I have also attached maps estimating average annual rainfall across the whole of Tunisia to help with the background info.

Thanks for the help! 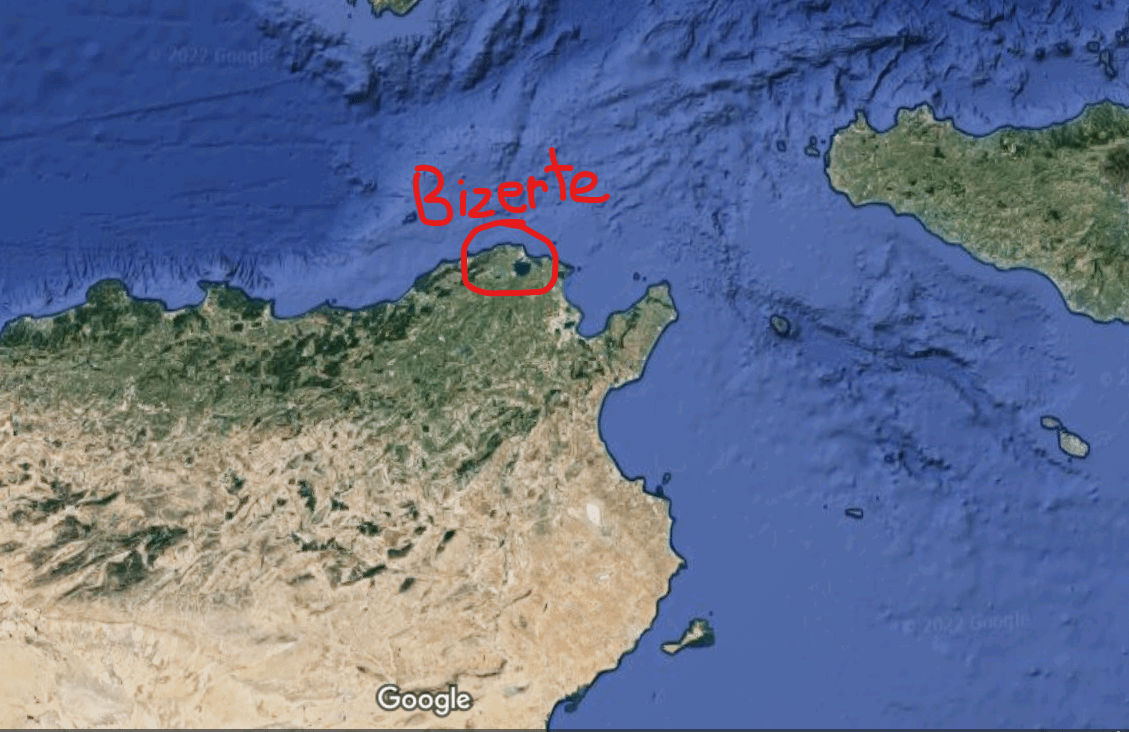 The Bizerte General Area (Zoomed out) 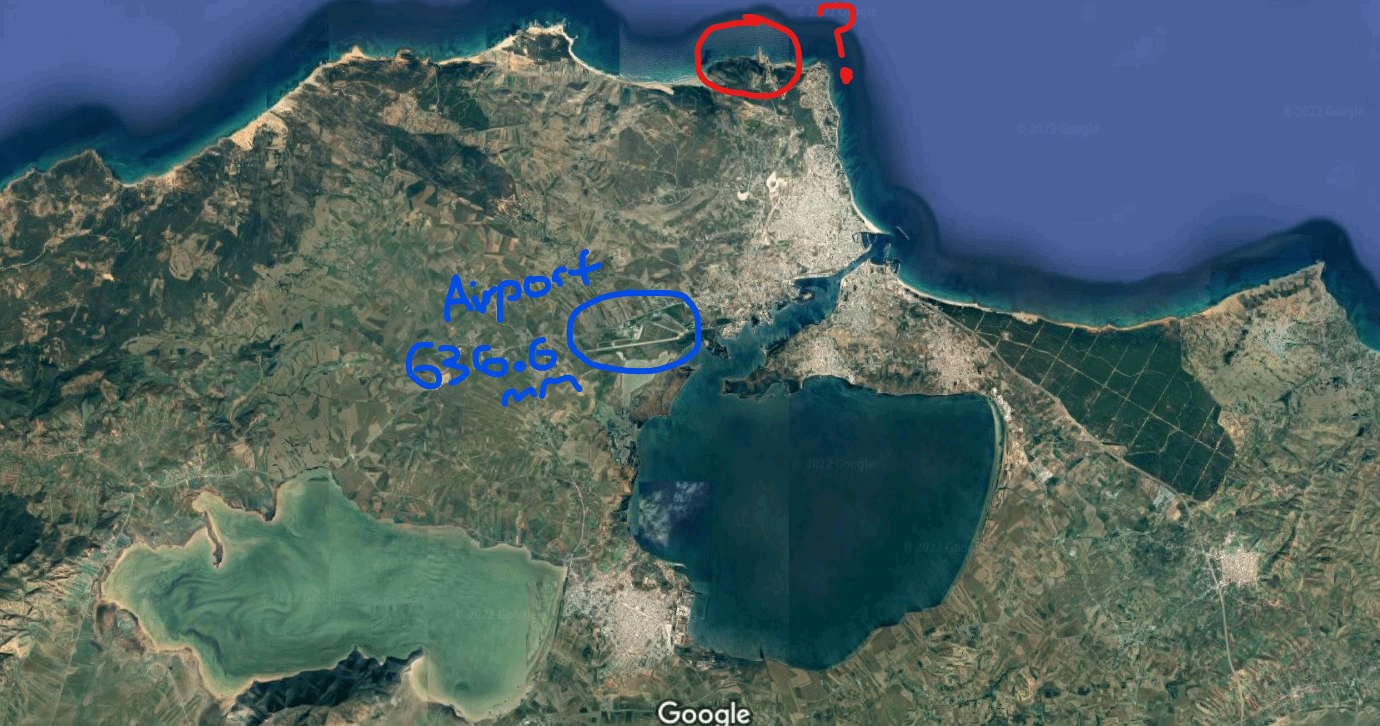 Zoomed in Bizerte. Airport with 636.6 mm/yr measurement station rain gauge in blue. Red shows the Cap Blanc area that I would like to estimate. 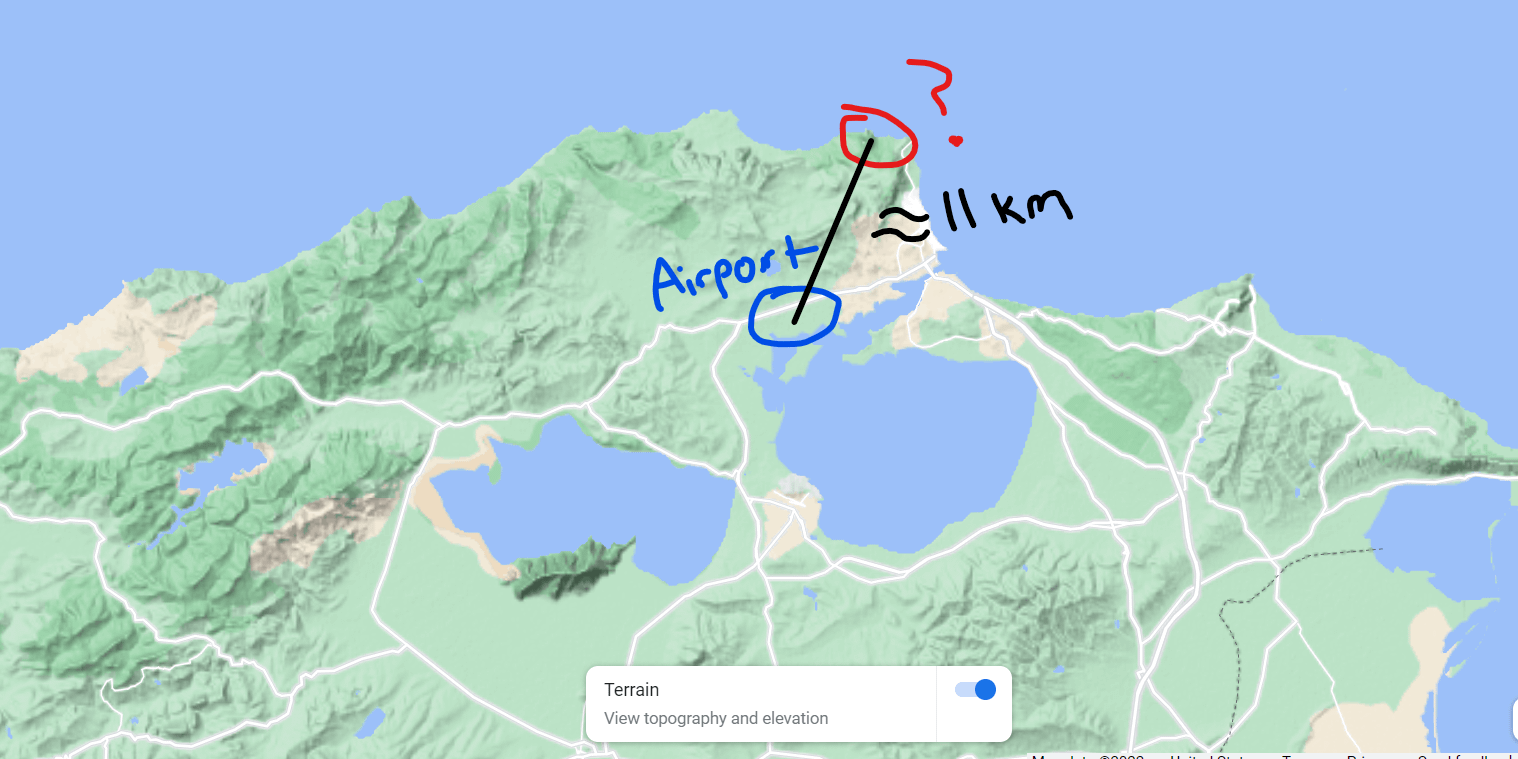 Topographic map on the locations. Measuring station in blue, place I want to estimate the rainfall in red. Distance between the two is about 11 km. All the hills are low and anywhere from 200-300 m in elevation 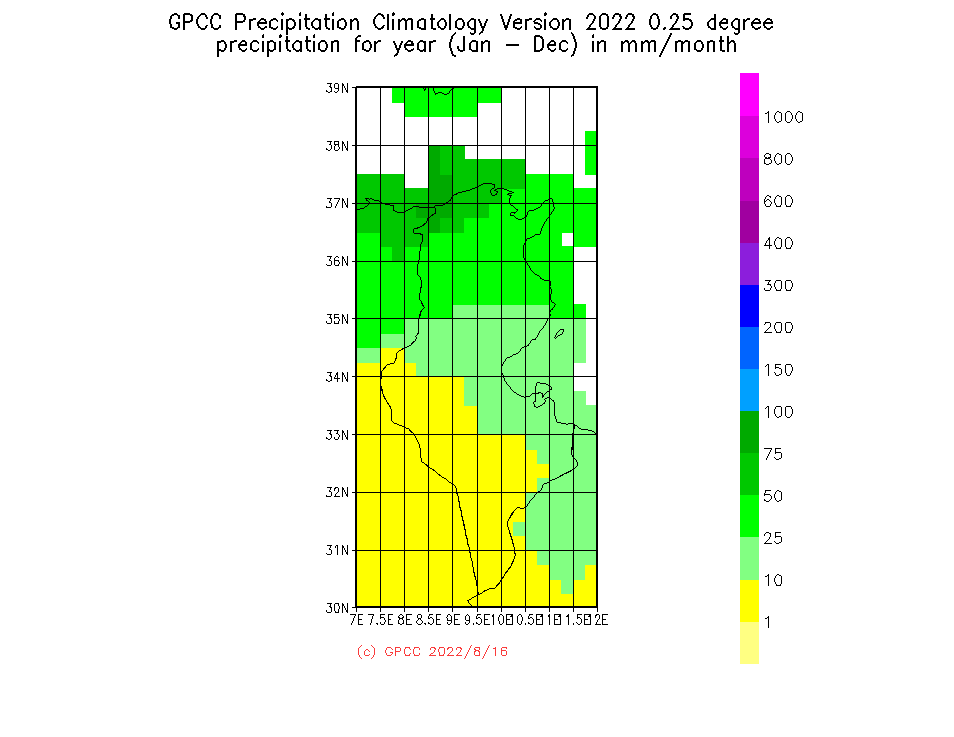 I know this is a loaded question but any help is appreciated! Even pointing me to the right direction/formulas/etc is helpful 🙂