It seems hard to believe that more winter weather in on the way but another round of winter storms is in the offing and it is essential to begin planning now. Some people will be without power for weeks.

One of the challenges with this situation is the danger to life will be invisible. When a tornado hits, you know to search that home for people trapped inside. In a situation like this, it will not be obvious from the outside that people need help. A massive rescue mission will be necessary in areas that lose power either due to ice or snow. 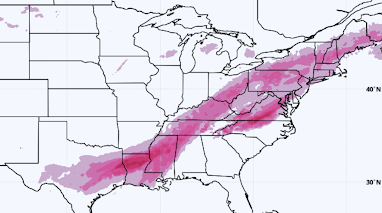 The pink areas (above) indicate where freezing rain is occurring or will occur over the next 36 hours. However, there is a second ice storm looming for areas that have already been hard it. 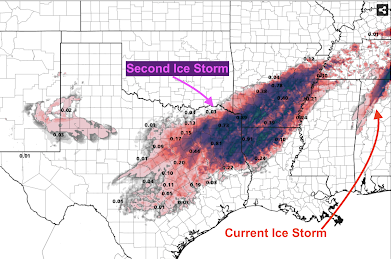 The above map shows the freezing rain forecast to fall starting Tuesday night in Texas and extending northeast toward Memphis by 1am Thursday.

To the extent possible, please accomplish the following: 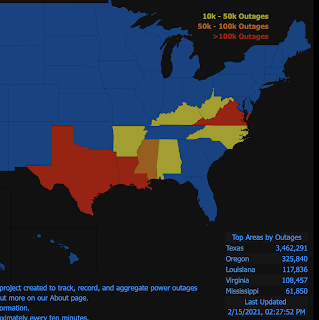 This represents approximately 13.1 million people without power. With the second round of freezing rain, it is entirely possible that some people will be without power for weeks. That is why it is essential to plan now.

Very heavy snow is forecast to fall in the Ozarks with the next storm. It will begin tomorrow might. 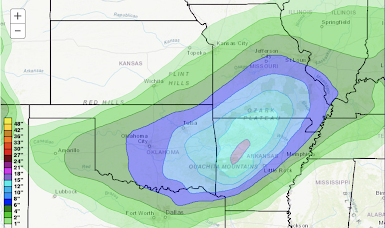 The map is for the period ending 6am Thursday. The storm will spread east-northeast from the Ozarks toward the Ohio Valley. This will cripple transportation and will make the recovery from the ice storms even more difficult. I fully expect Interstate 49 and U.S. 71, the primary north-south highways, to be closed.

Finally, the energy shortages across the nation, particularly in the central one-third of the country, are only going to get worse until they get better.

Most major oil refineries along the Gulf coast are shut down or operating in reduced capacity as is the Holly refinery in El Dorado, Kansas. This is why the cancellation of the Keystone Pipeline by the Biden Administration is such a terrible decision. We need to be able to get fuel where it is needed.

Wind power in the Great Plains is largely shut down due to icing and light winds. Turbines only turn when the winds are between 6 and 26 mph. Hopefully, this incident will prove, once and for all, the folly of investing in these white elephants.

The item below was posted on this blog at 10am Saturday. Joe’s thoughts are proving to be prescient. 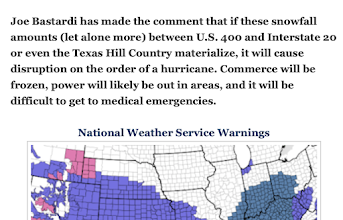 To wrap up: I’m certain that, somewhere on Madison Avenue in NYC,  press releases are being written to blame this record cold is being blamed on global warming. Nonsense.