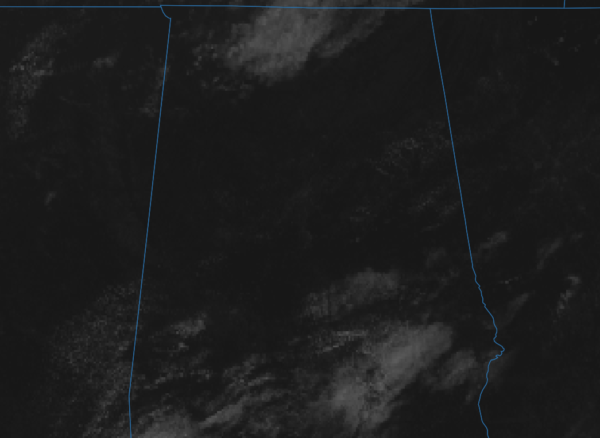 It’s another nice and warm day out there as we have entered into the lunch hour across Central Alabama. Skies, for the most part, are sunny with the exception of a few clouds over the southern portions of the area and a few in the extreme northern parts. Temperatures at the 12:00 pm official roundup were in the mid-70s to the lower 80s. Tuscaloosa was the warm spot at 81 degrees. The cool spot was Gadsden at 74 degrees. Birmingham was sitting at 78 degrees.

Skies will be sunny to mostly clear across Central Alabama for the rest of the daylight hours with afternoon highs ranging in the lower to mid-80s. For this evening and through the overnight hours, skies will remain mostly clear to clear with lows dipping into the upper 50s to the mid-60s across the area.

A little more moisture will begin to work into the area on Wednesday and you will be able to tell a little bit in the humidity. Much of Central Alabama will remain dry throughout the day, but a few locations south of I-85 and east of I-65 in the southeastern parts of the area may see an isolated shower or two. Skies will be mostly sunny and highs will be in the upper 70s to the mid-80s across the area. 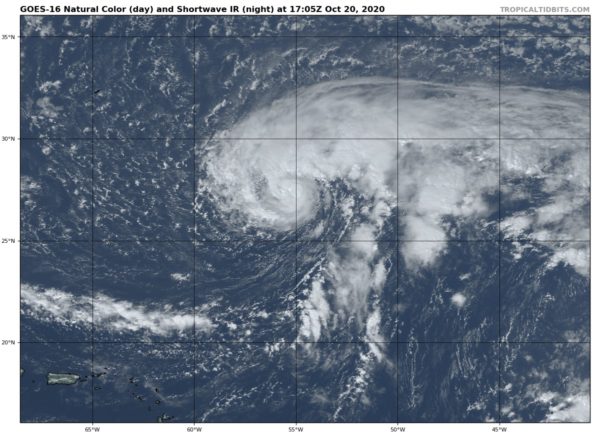 An intermediate update is about to be released from the NHC on Tropical Storm Epsilon at 1:00 pm, but we do know that maximum sustained winds were up to 50 MPH as of the 10:00 am update. Movement was to the north-northwest at 8 MPH and the center was located about 710 miles east-southeast of Bermuda. A Tropical Storm Watch has been issued for Bermuda as Epsilon will be making a close pass-by to the east on Friday potentially as a hurricane. While it is too soon to determine the exact details of Epsilon’s track and intensity near the island, there is a risk of direct impacts from wind, rainfall, and storm surge on Bermuda. Epsilon is no threat to the US Mainland. 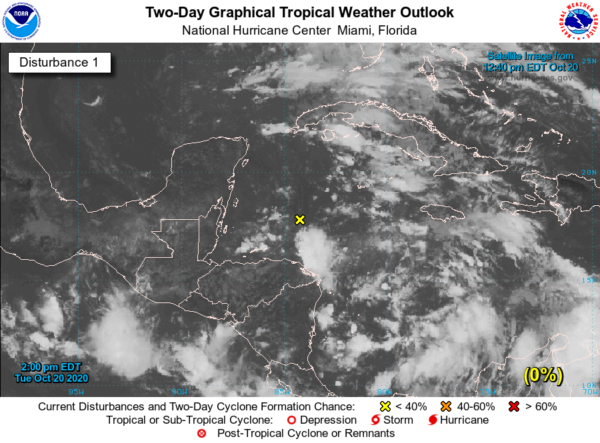 We also have a trough of low pressure that extends from the northwestern Caribbean Sea near the northeastern portion of the Yucatan peninsula southeastward into the southwestern Caribbean Sea. This system is producing disorganized showers and thunderstorms well to the east of the trough axis. Upper-level winds are expected to remain unfavorable for significant development while the system drifts westward over the next few days. Formation chance through 48 hours…low…near 0 percent / through 5 days…low…10 percent.