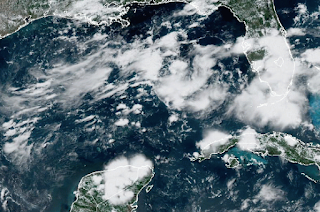 Bubble, bubble, toil but no trouble… yet!

During times when the models don’t see anything developing, it’s often a close in surprise sort of system that pops up somewhere close in. Yes, that’s redundant and I did it on purpose. Models are very bad at picking up small systems, waves twisting up into small storms. And, often close in “heavy rain” can go to a Yellow Circle when models begin to see close in development. And, it’s also possible nothing forms until some beautiful African wave comes together on August 24th at the latest.  Colin went from “nothing happening” to “something happening in seemingly hours. 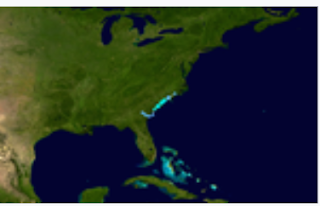 August come you must….

(it means after Halloween usually)

2022 may just be that sort of hurricane season!

I started two different blog posts today and trashed each of them. I could share examples of busy seasons that started in August and I can tell you of busted forecasts for the hurricane season. They are long range forecasts based on certain factors, yet weather happens in real time and sometimes things change. 1997 was forecast to be a very bullish season and it went into hibernation like a bear when El Nino exploded. Except for a couple warm ripples the map below doesn’t show an exploding El Nino so throw 1997 out as a possible analog year. 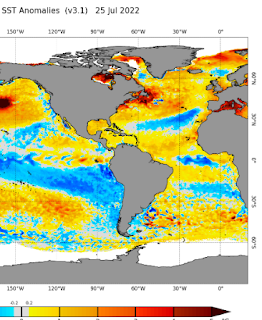 Blue is cool… red is hot.

Warm but not hot temps in Atlantic by ITCZ

Still nothing happening in the tropics as per NHC.

Another trough over VA and the Carolinas. 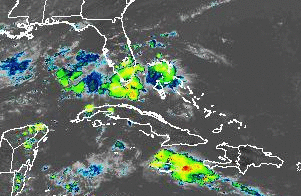 Waves get no love unless models love them. 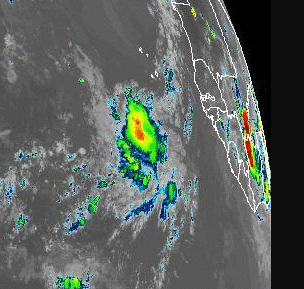 Another look at the SAL and the Wave.

White wound up wave South of the strong SAL. 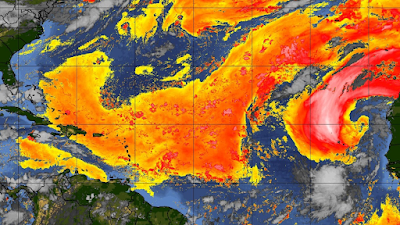 No strong model support and they see nothing. No real wind there currently and on Earthnull at the level that matters it isn’t closing off. But it does take bites out of the Saharan Dust, bite by bite. Every little bite out of the dust helps. At some point MJO or no MJO, something happens. 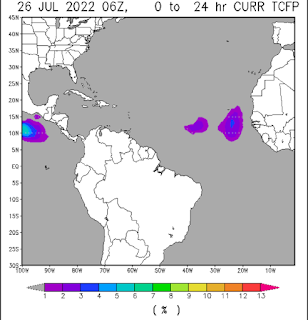 But it’s getting awfully purple.

Waves to the N over FL.

A lot of moisture in the GOM

Loving that linkage from Jamaica down to Trinidad.

The water is warm, shear is low and at some point SAL goes away and CLIMO gets its way. The very busy 1996 Hurricane Season sprang to life with real, intense storms after mid August. Happens often.

All those long, orange bars are Major Canes. Tomorrow or later today I’ll talk on some years when activity in the Eastern Pacific was way above average early on and way below average in the Atlantic. That happens often, one basin reigns and another basin is dry as dust.