The super rain shadow event of the past day resulted in startling precipitation contrasts over the region. 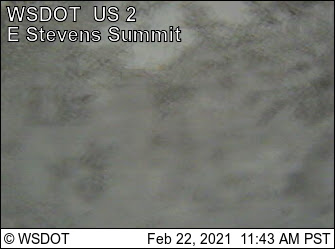 A picture worth one thousand words

The map below shows the 24h amounts ending at 11 AM this morning (click to enlarge, and a blow up is below).  A few hundredths of an inch over north Seattle and northern Kitsap, but as much as 6 inches in the Cascade foothills, tens of miles away. 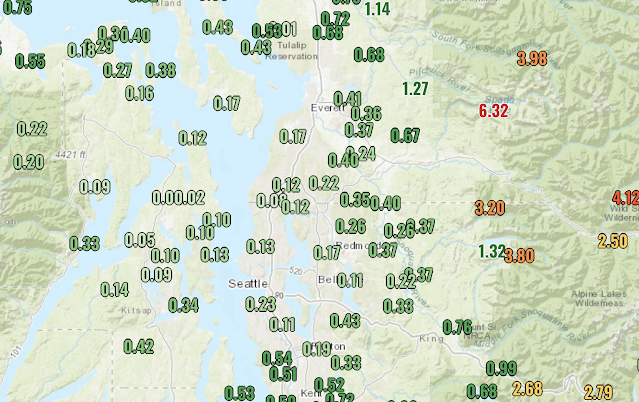 This huge precipitation gradient was supercharged by strong westerly flow associated with a narrow, but potent atmospheric river.   And the air warmed considerably yesterday, resulting in rain hitting the lower passes.   Such heavy precipitation in the Cascades, on top of substantial snow of the past few weeks, has led to a serious avalanche risk, with the Northwest Avalanche Center going for high to EXTREME.   So serious that WSDOT closed down Stevens and Snoqualmie passes overnight. 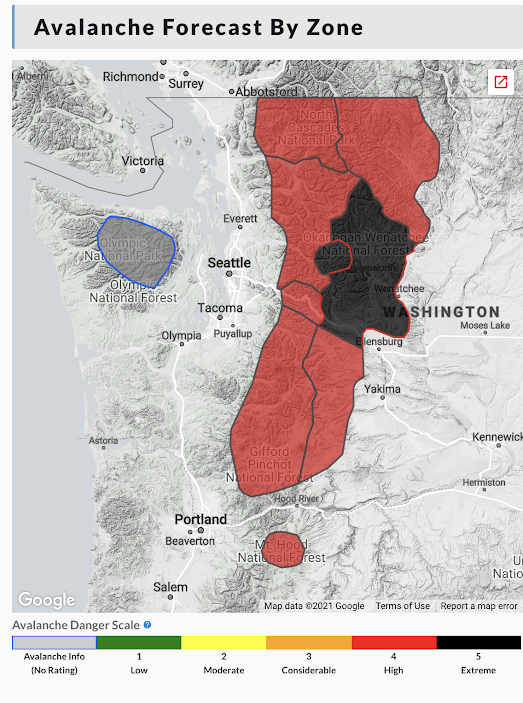 The local snowpack currently is well above normal, as shown by the SNOTEL network this morning:

And the snow forecast this week is very aggressive, with 2-5 feet in the Cascades and Olympic by Friday evening.  Classic La Nina.

With the 8-14 day forecast from the Climate Prediction Center being colder than normal, the snow is not going anywhere soon (see below).   So both summer water resources and March snow fun look to be in good shape at this point.

Featured blog on the Decline of Public Radio Station KNKX: