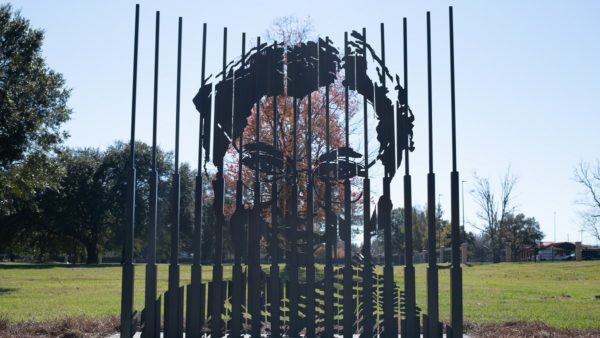 Sixty-five years ago this week, Rosa Parks rocked the segregated South by refusing to give up her seat on a Montgomery bus.

The milestone has been commemorated multiple ways this week in the city where the modern civil rights movement began – a city that now has its first-ever Black mayor.

“It’s an honor to commemorate such a courageous woman whose act of courage and life of activism led to many of the accomplishments and things we take for granted today,” Mayor Steven Reed said during a ceremony Tuesday at Maxwell Air Force Base, where local officials and dignitaries and Air Force leaders unveiled a sculpture of the woman who many describe as the mother of the modern civil rights movement.