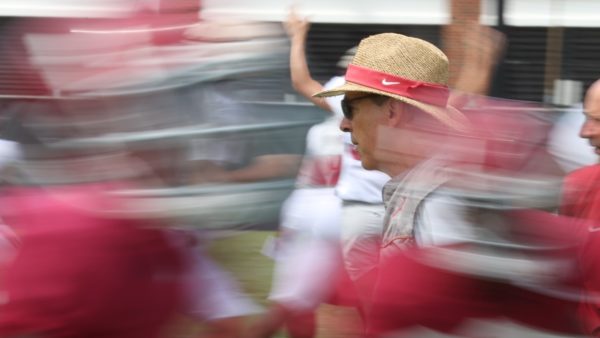 Nick Saban’s latest contract extension, approved on Aug. 23 by the University of Alabama System board of trustees compensation committee, will extend the prior agreement by one season, keeping the coach with the Crimson Tide football program through at least Feb. 28, 2030.

The base salary and talent fee of $9.9 million for the current contract year will increase annually, the university said in a statement. He will also receive a contract completion benefit of $800,000 payable at the end of the 2022, 2023, 2024 and 2025 contract years. According to AL.com, he will make $10.7 million in the first year of the deal and $12.7 million in the final year.

The latest contract replaces an eight-year deal he signed a year ago, AL.com said. The new contract is worth a total of $93.6 million, compared with a value of $84.8 million for the previous one. It makes Saban the highest paid college coach, retaking that distinction from Georgia coach Kirby Smart whose new contract this summer following his team’s National Championship win over the Tide temporarily moved him to the top position.