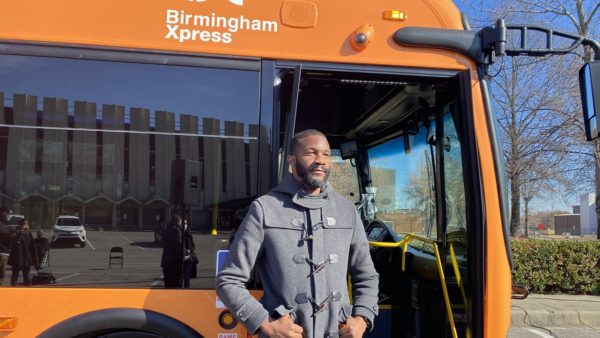 By Erica Wright
The Birmingham Times

Birmingham Xpress will connect 25 neighborhoods along a 10-mile corridor between Five Points West and the Woodlawn community. This is the first bus rapid transit system in Alabama, according to city officials. Construction will begin on the west transit center in Five Points West near the CrossPlex and is expected to be completed in 2022 ahead of the World Games in Birmingham.

“From where we stand (in Five Points West) to the eastern transit center in Woodlawn, the Birmingham Xpress will connect 25 of our neighborhoods to jobs, education, health and government services as well as entertainment,” said Birmingham Mayor Randall Woodfin. “Once completed, the residents of our city will be able to take advantage of a more reliable, fast system that will reduce travel time and lower costs with the seven buses as well as its 32 stops.”