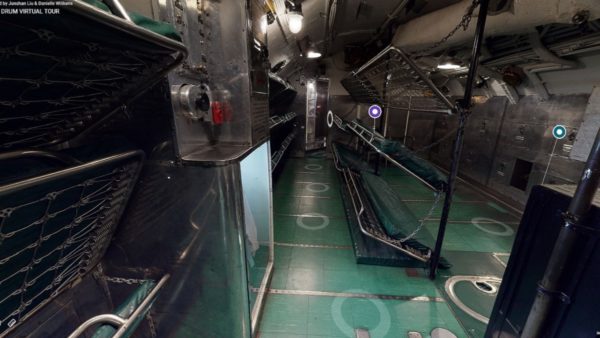 Bill Lister had not been inside the USS Drum in years.

The 97-year-old Edinburg, Indiana, resident is believed to be the last living crew member of the World War II submarine, on display at the USS Alabama Battleship Memorial Park in Mobile. Lister, a first class radioman during the war, was part of eight missions on the Drum. He figures the last time he went to Mobile to see it as part of the annual reunions was about 2015.

But, this year, through the wonders of technology, Lister has been able to take a journey through the 311-foot, 9-inch submarine he occupied with dozens of others during one of the most transformational times in American history. Thanks to an inter-university project headed by Auburn University’s Junshan Liu from the College of Architecture, Design and Construction (CADC) and Danielle Willkens of the Georgia Institute of Technology’s College of Design, Lister was able to use virtual-reality equipment to take a virtual tour of his former vessel.