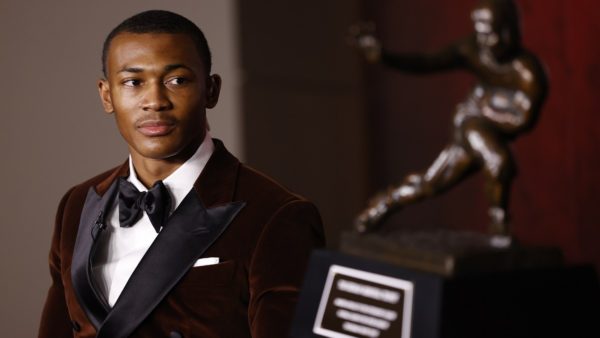 Smith won the Heisman Trophy in a virtual ceremony. The 2020 recipient joins running backs Derrick Henry (2015) and Mark Ingram (2009) as the only Crimson Tide players to win the award. Smith is only the fourth wide receiver to win the award, joining Michigan’s Desmond Howard (1991), Notre Dame’s Tim Brown (1987) and Nebraska’s Johnny Rodgers (1972) who played both running back and receiver.

Smith leads the nation in receiving yards, touchdown receptions and yards after catch. He is Alabama’s leader in all-purpose yards with 1,912, averaging 159.3 yards per game.