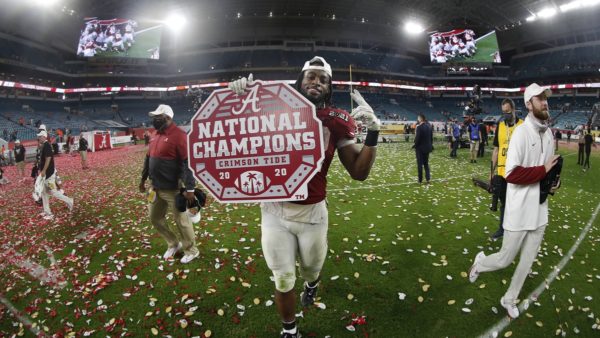 Smith was spectacular in adding the Offensive MVP of the title game to the treasure trove of awards he already netted. The “Slim Reaper,” as some have called him, turned in a virtuoso performance with championship game records for the most receptions (12) and receiving touchdowns (3) while accounting for 215 of the Crimson Tide’s 464 receiving yards. Smith did all of his damage in the first half as he dislocated a finger on his right hand very early in the second half.