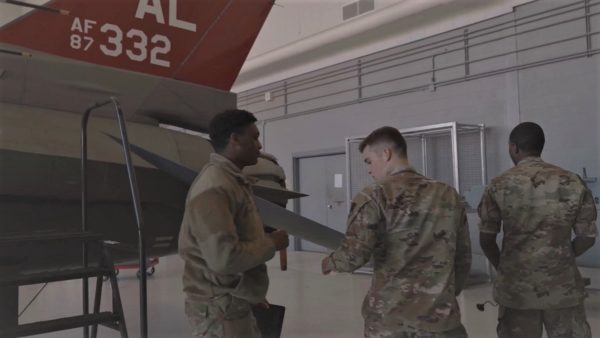 Col. Brian Vaughn, commander of the Alabama National Guard’s 187th Fighter Wing, said the Red Tails are a family and such bonds are needed to be successful in future conflict.

The wing is based in Montgomery and includes the famed 100th Fighter Squadron, historically revered as one of the Tuskegee Airmen squadrons from World War II.

The squadron is currently made up of F-16C+ Fighting Falcons. The squadron and wing will transition to a fifth-generation fighter aircraft in the near future, being one of the leading Air National Guard units equipped with the F-35A Lightning II aircraft.