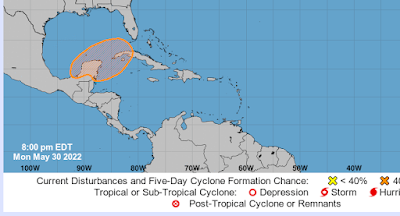 Agatha has made landfall!! 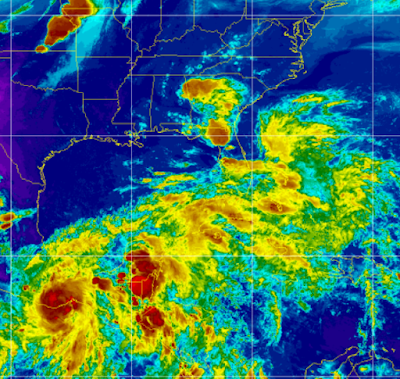 Bottom left is Agatha overland, directly to her North is extremely dangerous weather now over Minnesota, around the border lands between South Dakota and Minnesota.  Across a wide swath of watery real estate is the mess of convection to the NE/ENE of Agatha. Note the HUGE bright red BLOB over the tip of the Yucatan far from the center of Agatha.  It’s a very complicated situation and extremely moist as Mike likes to say and because of that there is a very good chance that “SOMETHING” forms, pulls together and dumps even more rain over parts of Florida, South Florida and the Bahamas than it has already seen all week.

Rather than look first at models for tropical develpment, let’s look at the rainfall predictions for the next week from the models. 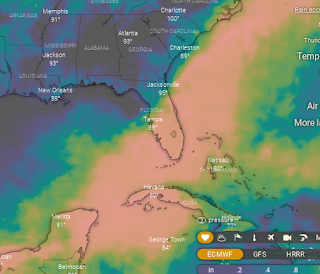 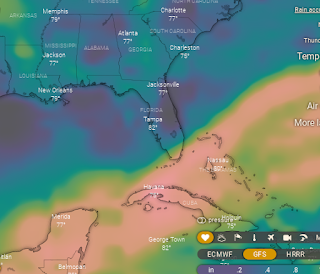 There is so much I could say, yet my tomorrow evening everything could have changed or it could merge a bit closer together. Honestly, the models are not that far off and they both develop “something” in the same general area. It’s not like one is taking a hurricane towards Texas (as one did the other n ight…) or recurving into the Tex Mex Border or seeing nothing. 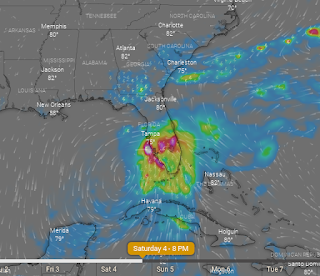 then moves fast out to sea on Sunday 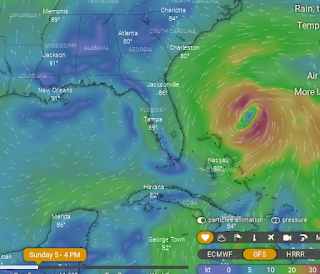 The EURO……..mighty EURO is below. 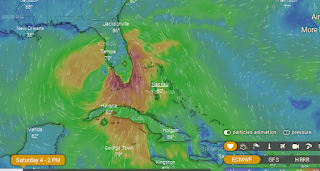 Displaced convection to the East over South Florida.

….WHAM pulls together some. 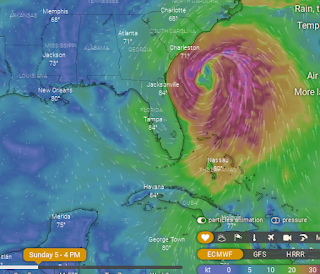 And here’s the big kicker to think on… 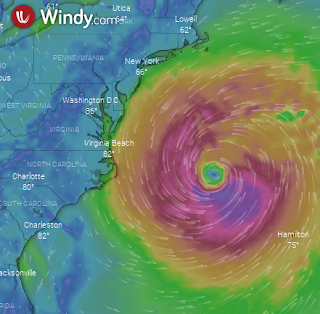 Finally shuffles out to sea.

We definitely could see Alex.

Only time will tell.

I post this tonight because I want a record to look back on for myself, for you and for anyone who might learn from this how hard it is to forecast a named storm that has not formed. Westbound tropical waves leaving Africa with good model support are so much easier to deal with than storms in June that form from the CAG GYRE mixed up with old dead frontal boundaries that refuse to leave South Florida and slowly try to pull together into something.

We are modeling, and surfing the models and thinking on every analog storm or year that might help us make sense of it all tonight.

Hope you all had a good Memorial Day Weekend.

I did but I’m spacey, moody and wanting right now and dealing with allergies and sinus and wanting to get away somewhere if only I could figure out where.

Tuesday and Wednesday it becomes clearer.

Saved the best for last.

Comapre and contrast this with Wednesday’s models. You can probably see the cone in your head.