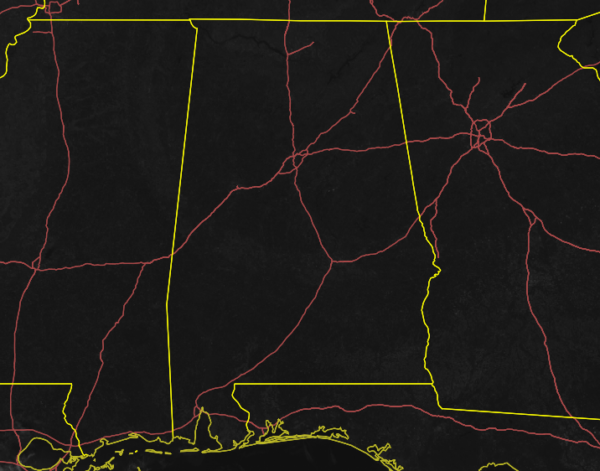 THE REST OF YOUR WEEKEND

It is absolutely beautiful outside as we are approaching the noon hour on this first Saturday of December. Skies are completely clear across Central Alabama and temperatures were in the lower to mid-50s. Troy was the warm spot at 56 degrees. Birmingham was at 50 degrees, tied with a few other locations as the cool spots.

Skies will remain sunny throughout the rest of the daylight and into the evening hours and highs will top out in the mid to upper 50s across Central Alabama from northwest to southeast. Clouds will start to move in during the late-night and overnight hours with skies becoming partly to mostly cloudy by daybreak. Lows will bottom out in the lower 30s to the lower 40s.

We could see a few isolated light showers across portions of Central Alabama on Sunday as a weak system will be moving through during the afternoon and evening hours. Almost everyone will stay dry as rain chances are very small, but skies will be mostly cloudy throughout the day. Highs will be in the lower 50s to right at or just below 60 degrees.

No issues across the Atlantic Basin and no tropical cyclones are expected to form over the next 120 hours.

1953: A killer tornado hit Vicksburg MS killing 38 persons, injuring 270 others, and causing 25 million dollars of damage, the most damage since the forty-seven days of continuous shelling the town received in the Civil War.