With a few short-lived exceptions of a couple days here and there in the mid 80s, fall has settled in nicely this month after a – let’s all admit it – brutal summer. Low dewpoints in general have meant very pleasant (even a few chilly) mornings this month, comfortable daytime conditions even when we do crack 80 degrees, and patio-worthy evenings. The average temperature so far this month of 66 degrees is 1.7 degrees below average.

And while we admit the drought is definitely a problem for those depend on periodic soaking rains, for those of us who don’t really want to worry about adjusting plans for raindrops, the lack of it has meant an abundance of opportunities to enjoy the fall we have had so far.

This weekend we’ve finally had a few rounds of rainfall, despite some lightning and hail stones thrown in as well. So while the weekend timing is not ideal, it’s been helpful to those who really needed it. Turning our eyes to the forecast ahead though makes those of us who do this for a living head to our reference material for an important fall statistics – the “first frost” and “first freeze” data. Yes, it’s going to get THAT cold this week. Time to dig deep for the windshield scraper you buried early in the spring if you aren’t “from around here.” Or if you are, you’ll just open the purse or wallet and pull out the least-used credit card from the bunch – because it also doubles AS your ice scraper! 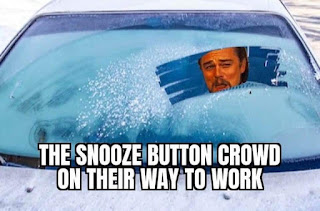 Surface high pressure plowing south from the Great Plains via the Canadian Express, coupled with a deep upper level trough of cold air setting up over the eastern U.S., will mean our first blast of “early winter” air this week. Fortunately, it’ll ding-dong-ditch us rather than moving in like your mother-in-law, and we’ll warm up again by the end of the week before that credit card scraper is too heavily damaged.

So just how cold will it get?

The biggest tip-off is that a Freeze Watch is in effect for Tuesday morning for pretty much everywhere north of the latitude of the TN/MS state line. (This is likely to become a Freeze Warning later today.) The major exception to that is Shelby County, where the retained urban heat may be able to fend off the freezing line a bit longer. (As an aside: most watches and warnings that aren’t for severe storms are issued by county or zone. I don’t believe ALL of Shelby County will escape freezing temperatures, so if you are well outside the big city and typically run a bit cooler than the official observations from the airport, you might as well be under a Freeze Watch too.)

For the record, the earliest Fall Freeze in Memphis (at the airport) is October 16 (today). This won’t be record-breaking. But the average is November 12. And the average first frost (using 36 degrees as a proxy) is November 3. So we will be roughly 2 weeks early on that front. For cooler areas outside the city, those “first” dates are earlier.

Also, Tuesday morning won’t be the coldest morning this week. Wednesday morning will be a few degrees cooler. So I expect that Freeze Watch will drop a bit further south the next morning, and MAYBE Shelby County will be included as well, though the urban core may not quite get to 32 frosty degrees. Both Tuesday and Wednesday will see high temperatures in the 50s, despite full sunshine. That’s roughly 20 degrees below normal, which will result in unpacking the sweaters and hoodies and stirring up some hot chocolate for a few days! We highly recommend covering or bringing indoors any flora or fauna that might wilt or die if exposed to frost or a freeze on Monday, Tuesday and Wednesday nights. These temperatures are not cold enough to require extreme measures like dripping faucets, but you might also make sure Fido’s water bowl (and Fido himself) are in good shape too!

The pattern starts to shift by Thursday. After yet another frost-filled morning in the 30s, high temperatures will rebound into the 60s and true southerners will shed layers and be back to shorts and crocs. Another couple of chilly mornings are likely to end the week and start next weekend, but at least afternoon temperatures will be back to near normal by Friday (mid 70s) then above normal going into next weekend (upper 70s to near 80). Precipitation chances appear to be nil for most of the next week. The complete forecast details can be found in the MWN app or here on our MWN mobile website.

Support our efforts via our virtual tip jar on Patreon!