Above normal temperatures will continue over the weekend with highs in the mid to upper 70’s, which is roughly 10 degrees above normal.  Lows will be in the low 60’s, which is about 15 degrees above normal.  The reason behind all these warm temperatures is the ridge of high pressure that is to our northeast over Virginia, which is allowing warm southerly/southeasterly winds to spread over the area.  This setup will continue into the start of the work week.  It will be a warm with a good deal of sunshine, perfect for going outside, even as we move deeper into November.

By Tuesday afternoon, a cold front that is currently over the wester U.S. will begin to move thru the area, with scattered rain chances as it moves through.  This front will be moving into an area of rather strong high pressure, and this has a tendency to suppress precipitation.  The best chances of rain appear to be Tuesday night and even then only 30-40%. Behind this front on Wednesday, we’ll see cooler temperatures, but still highs in the upper 60’s and lows in the lower 50’s, which is near normal.

Temperatures would normally be much cooler behind a November front, but because this one originates in the Pacific and not Canada, the airmass behind it is not as chilly. In addition to the slightly cooler temperatures, we’ll also see a return of northerly winds.  These near-average temperatures will continue through the end of the week.

Additional precipitation chances will increase towards next weekend with another cold front that is currently near Alaska.  Timing right now is a bit different between models, but the timing of this should become more accurate after the front moves onshore Monday in western Canada. 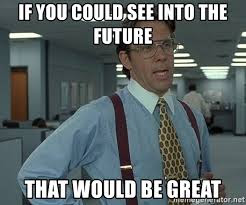 One other thing we are watching is Tropical Depression Eta, which is currently in the central Caribbean Sea headed towards the Cayman Islands.  Eta will move northeast over Cuba this weekend, into the Florida Straits on Monday, then into the eastern Gulf of Mexico Tuesday.  Eta looks to remain a tropical storm, but should make landfall sometime late next week, likely around the Florida panhandle.  The current track of this storm keeps any rainfall well east of our area, but any shift to the west could bring us some rain next weekend.  We will continue to watch the progress of Eta and update the forecast accordingly.

Get out there this weekend and enjoy the sunshine, warm temps and dry weather!  It may be the last one of the year!

What causes these types of clouds and what are they called? They went on for miles like this

What causes these types of clouds and what are they called? They went on for miles like this