The imagery from the Langley Hill radar near Hoquiam was quite extraordinary this morning.

At 10:10 AM there was a clear, precipitation-free “eye” with heavy precipitation bands circling around it as the feature came ashore near the the northern tip of the Long Beach peninsula. 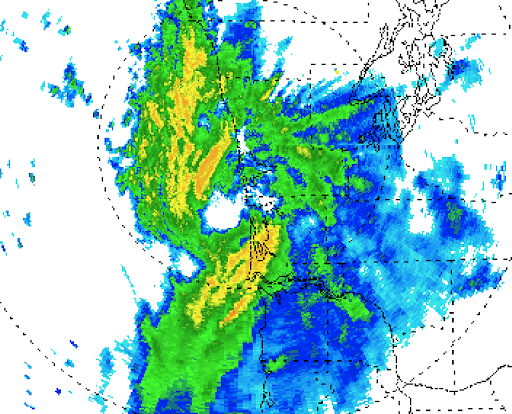 If it wasn’t for the scale, would be wondering whether we were looking at the Gulf Coast in September!  And a close look a few minutes later showed the “eye” sliding eastward just south of Westport. 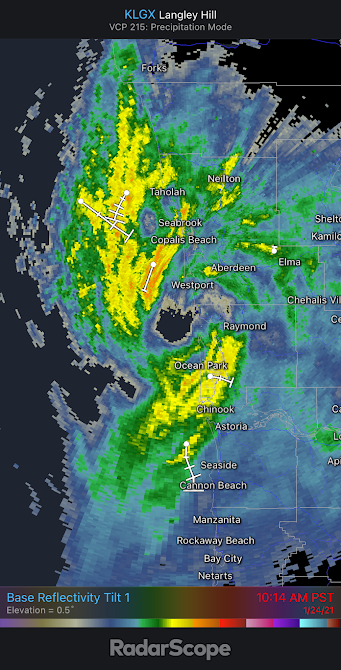 This little “hurricane” packed some wallop, with eye associated with a small, intense  low pressure center and strong winds. 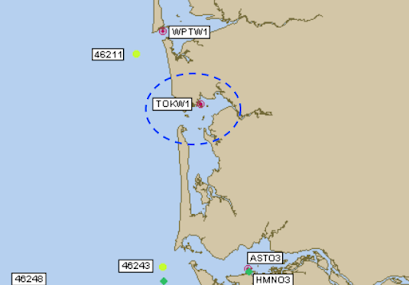 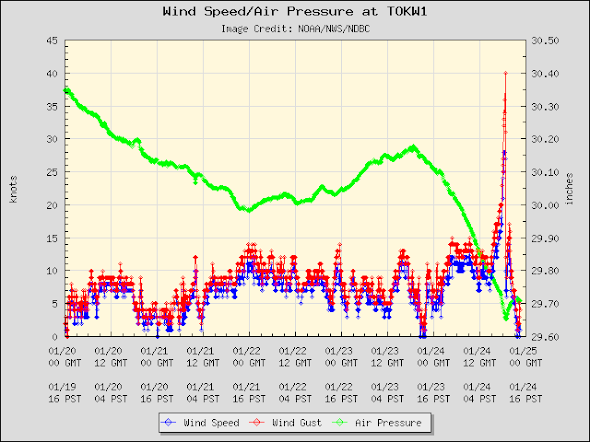 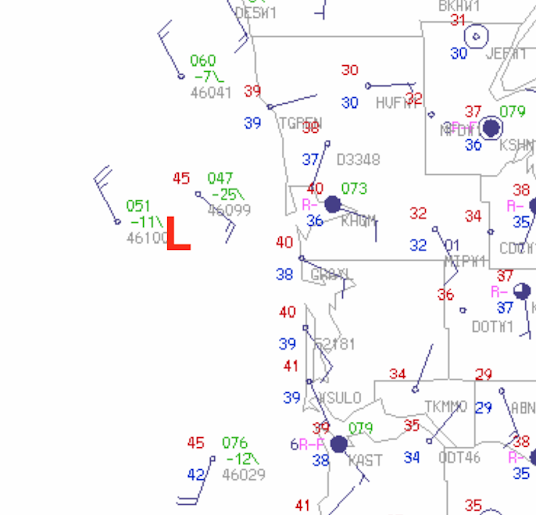 The mini-low was not very apparent in satellite imagery at 10:30 AM (see below) and was not well forecast by high resolution modelings systems such as the UW WRF model or the NWS HRRR modeling system.  For example, the UW 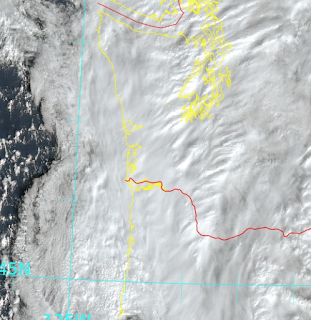 modeling system initialized at4 PM on Saturday, had two lows, with none in the right place (see below).  Hard to get such small-scale features correct coming off the relatively data poor lower atmosphere of the Pacific.

But one thing is sure:  this event clearly demonstrated the value of having a coastal radar, which can document small scale features that are not apparent even in the best satellite data.  The Oregon coast, which has essentially no radar coverage for its southern half, desperately needs a coastal radar.

Senator Cantwell helped secure a coastal radar for Washington; an Oregon Senator needs to step up to the plate.