It highly probable that our region is going to have a major snow event–from the western lowlands, to the mountains, and even eastern Washington.

But it will be snowstorm in several distinct acts, with the middle act being the most significant.

Now, there is always uncertainty in weather prediction—but it is not as great as some folks are suggesting for this event: 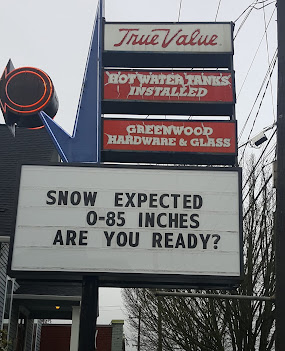 A major complication has been the substantial differences between the various models, particularly the European Center and American GFS prediction systems.

We have cold air over us now, cold enough for snow.   We just need moisture.   Tomorrow, a weak low center will move eastward toward the Oregon coast and this system will be associated with light precipitation (see pressure forecast map for 6 PM Thursday).  Too far south to be optimal for Puget Sound snow. 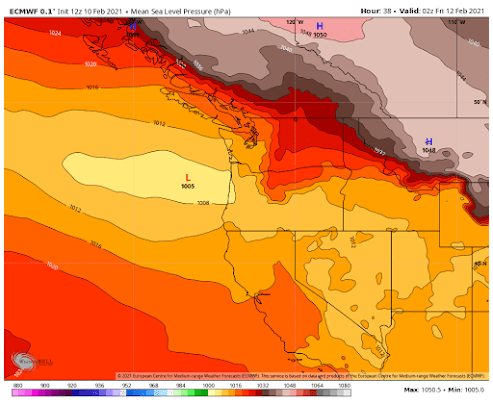 Here is the total snowfall predicted by the European Center model through 10 AM Friday.  Lots of snow in the Cascades from Stampede Pass southward into northern Oregon.  Little snow in western Oregon, where it will be too warm.    In the lowlands, there will be a huge gradient from a dusting in north Seattle to a half foot In Olympia, with substantial amounts through Chehalis.  Not much in Bellingham. 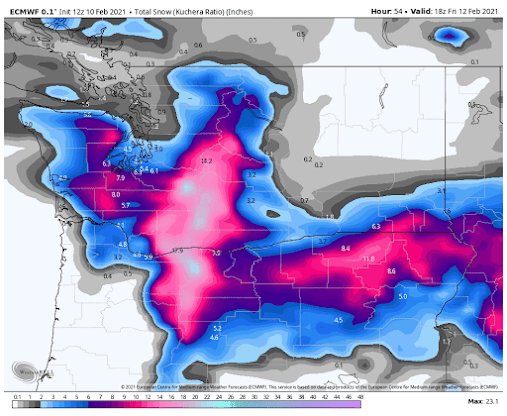 The first act, like all good first acts, is a teaser for the main action after the intermission.

Another system…a strong system… will be approaching.  And this one will approach at the optimal position near the Columbia River bars.  Close enough to spread lots of moisture into Washington State, while it draws cool air into western Washington (see below). 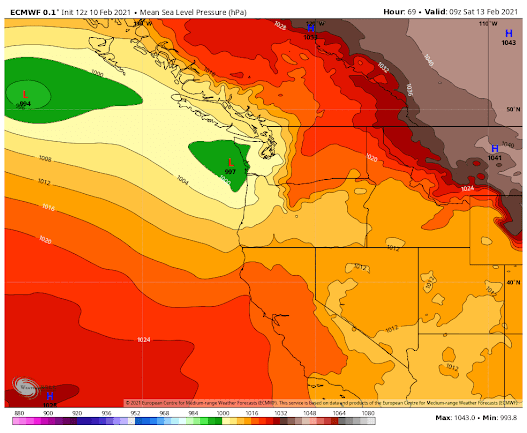 The total snowfall through 4PM Saturday is–how do I say it?—chilling. Total snowfall (NOT SNOWDEPTH) of around a foot in Seattle. Twenty inches over the south Sound and nearly a foot around Bellingham and the San Juans.   Four feet in the Cascades.  And don’t forget eastern Washington, where the southern half could see a foot and nearly two feet in NE Oregon. 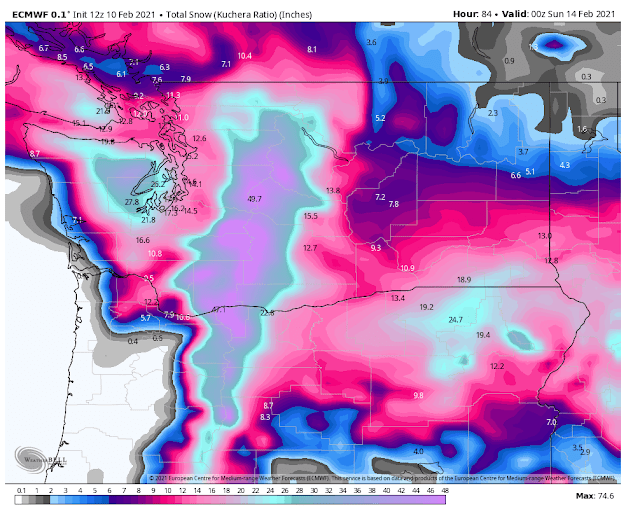 A strong front, with warmer temperatures will approach on Monday, with a relatively deep low to the northwest.    This will bring snow, followed by a transition to rain.   I will talk about that in a future blog. 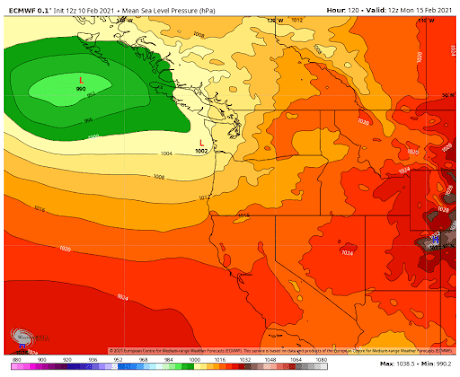 Can you trust these forecasts?  Well, we need to examine the multi-forecast ensemble predictions, each sightly different in how they are started and in the physics we use.

The European Center ensemble snow predictions for Seattle, with each color strip indicating the cumulative snow from one of the 51 forecast runs.  They pretty much all show the same story….some light stuff on Thursday, followed by Snowmaggedon on Friday/Saturday (purple color).  Folks…this indicates the EC system is very confident about the forecast. 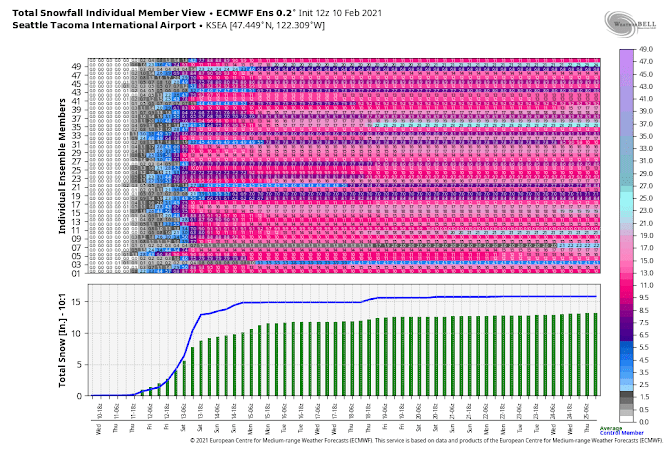 What about the smaller and somewhat inferior U.S. ensemble system forecasts for Seattle snow?

Similar story…but with lighter amounts on Thursday with heavy amounts on Friday/Saturday. 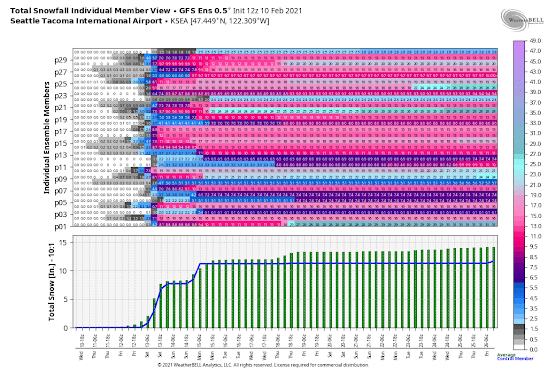 A heavy snow event looks like it is in the cards for Washington State and pretty much all the state will be effected.  Let’s say that outside dining may not be optimal this weekend.

I will be doing a podcast that I will put online around 3 PM.  Just click the link at the upper left of this blog or download the podcast from your favorite repository.