MOISTURE LEVELS RISING: After a very pleasant weekend, moisture levels will rise across Alabama today, and we will mention the chance of a few strong thunderstorms this afternoon ahead of a surface front dropping in from the north. SPC has defined a “marginal risk” (level 1/5) of severe thunderstorms for parts of North/Central Alabama due to the potential for strong winds with the heavier storms. 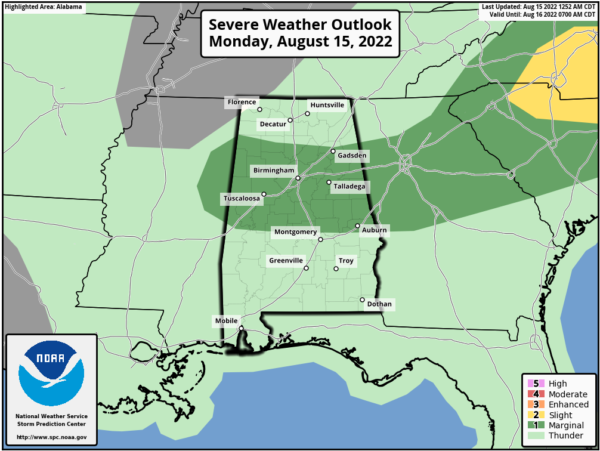 Today will be hot and humid with a high in the 91-95 degree range; it will be the hottest day of the week.

TOMORROW: The best chance of scattered storms tomorrow will be in areas south and west of Birmingham; another shot of drier air will filter into North and East Alabama temporarily. SPC has defined a “marginal risk” (level 1/5) for Southwest Alabama, where the stronger storms will form. The high tomorrow will be at or just over 90 degrees in most spots.

REST OF THE WEEK: Moisture moves northward again, and we expect an increase in showers and storms across the entire state over the latter half of the week. Look for scattered to numerous showers and storms Wednesday through Friday… it won’t rain everywhere, but any one spot stands a 70-80 percent chance of seeing rain at least once during these three days. Heat levels drop considerably due to clouds and showers; highs will be mostly in the mid 80s.

THE ALABAMA WEEKEND: Highs will be in the upper 80s over the weekend with some sun both days, but scattered showers and storms remain possible. They should thin out a bit Sunday as the deeper moisture shifts a little to the east.

NEXT WEEK: Expect a mix of sun and clouds each day with “scattered, mostly afternoon and evening showers and thunderstorms” through the week. Highs will remain below 90 degrees on most days… See the daily Weather Briefing video for maps, graphics, and more details. 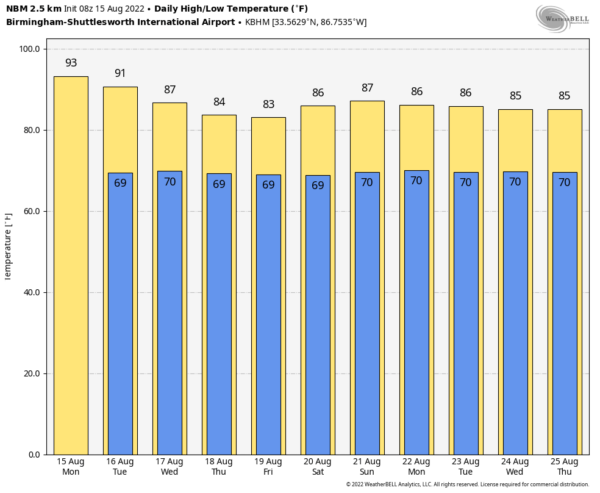 TROPICS: A broad trough of low pressure continues to produce a large area of disorganized showers and thunderstorms over the central Atlantic several hundred miles south-southeast of Bermuda. Development, if any, of this system should be slow to occur due to generally unfavorable environmental conditions while the disturbance moves slowly north-northwestward or northward during the next few days.

The rest of the Atlantic basin, including the Gulf of Mexico, remains very quiet. 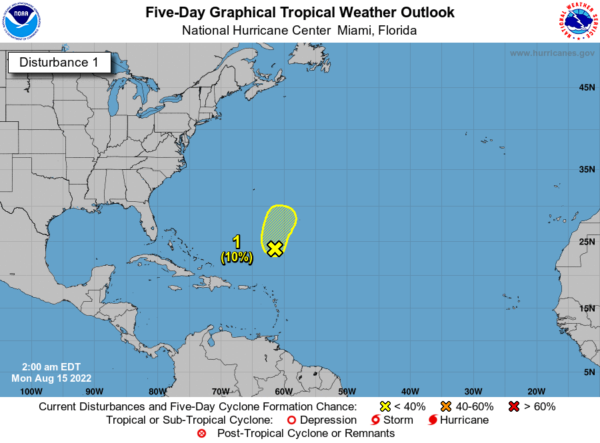