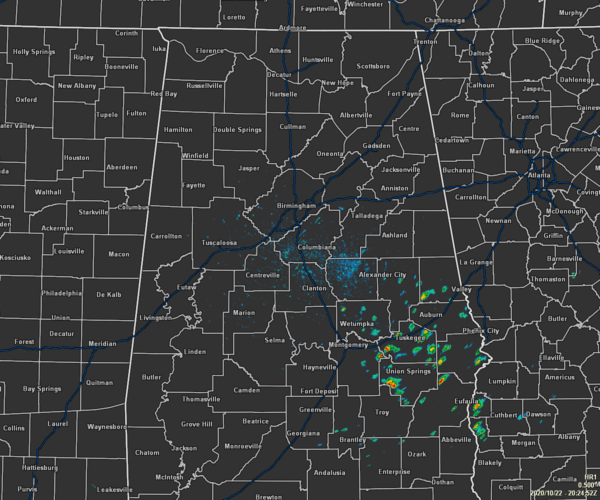 WEATHER AS OF THE LATE AFTERNOON
We do have a few isolated showers that have formed over the southeastern quarter of Central Alabama as we have reached 3:30 pm on this warm and humid Thursday afternoon. The rest of Central Alabama are enjoying a mix of sun and clouds with temperatures ranging throughout the 80s. Readings are as high as 87 degrees in Demopolis and Tuscaloosa, to as low as 80 degrees in Alexander City. Birmingham was at 83 degrees.

WEATHER FOR THE REST OF YOUR THURSDAY
It will be a warm and humid day out there across Central Alabama as we’ll have a mix of sun and clouds across the area. We’ll have enough moisture available over the eastern half of the area that a few isolated showers and maybe a clap of thunder will be possible during the late afternoon and into the very early evening hours. Any shower activity will quickly diminish around or just after sunset and we’ll be dry throughout the area with partly cloudy skies for the late-night and overnight hours. Lows will be in the 60s. Some patchy fog may develop over a few locations in the eastern half of the area especially near bodies of water. 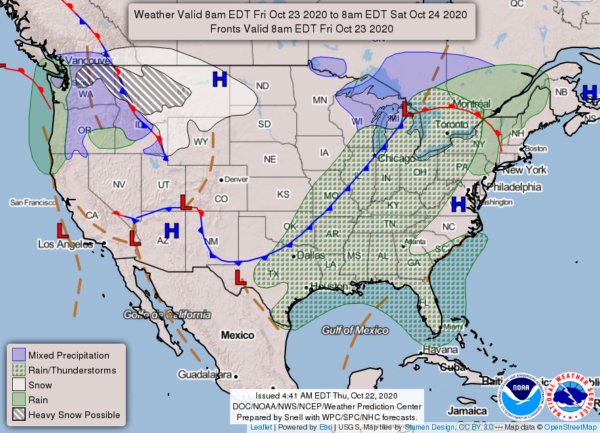 A FEW STORMS POSSIBLE WITH AN APPROACHING COLD FRONT
A cold front that has been struggling to into and through the eastern half of the country will finally get the push it needs, and as it approaches Central Alabama, we can expect more moist and warm air to advect into the area from the Gulf of Mexico. This will bring a good chance for scattered showers and thunderstorms during the afternoon and into the early evening hours, especially for the western half of the area. Those rain chances will begin to drop as we lose the heating of the day but a few scattered showers and storms are possible through the evening and late-night hours, and wouldn’t be surprised that we have a couple persist through the overnight hours. We are not expecting anything strong or severe at this point and rainfall should be less than 1/2-inch for those who do get some rain. Afternoon highs will be in the lower to mid-80s across the area with overnight lows in the lower to mid-60s.

THE CENTRAL ALABAMA WEEKEND
The cold front will be halfway through the area just south of the I-59 corridor to start the day on Saturday and rain and thunderstorm chances will remain relatively high out ahead of the front as it eventually pushes through the area before evening. We’ll dry out by the late-night and overnight hours, and Sunday looks to be a mainly dry day with a few stray showers possible for locations closest to the GA/AL state line. Saturday’s highs will be in the lower 70s to the lower 80s while a little warmer on Sunday reaching the upper 70s to the mid-80s.