The Central Alabama Weekend
After a chilly start with the small potential of snow flurries over the extreme northern parts of Central Alabama and up into North Alabama, don’t expect temperatures to climb too much. Skies will eventually become sunny by the afternoon and highs will reach the lower 40s to the lower 50s from northwest to southeast. Winds will be breezy with gusts reaching as high as 20-25 MPH.

Some pesky clouds from a strong low moving through the Great Lakes region will send more clouds across Central Alabama throughout much of the day on Sunday, but we will stay dry. Winds will be much calmer and afternoon highs will be in the mid-40s to the mid-50s.

Next Week
We’ll start on a trend of moderating temperatures on Monday with mainly sunny skies. Highs will be in the upper 40s to the upper 50s.

It will be even warmer on Tuesday as we’ll continue to have mainly sunny skies. Highs will be in the mid-50s to the lower 60s.

A cold front will stall off to our west for Wednesday but will be close enough to send some clouds and a very small chance of a few scattered showers throughout the day mainly for the extreme northern parts of the area. Highs will be in the mid-50s to the mid-60s.

The former cold front will eventually move through Central Alabama on Thursday that will keep skies cloudy with showers likely at times for much of the day, but we’ll dry out for a little while during the evening and overnight hours. Highs will be in the upper 50s to the upper 60s. 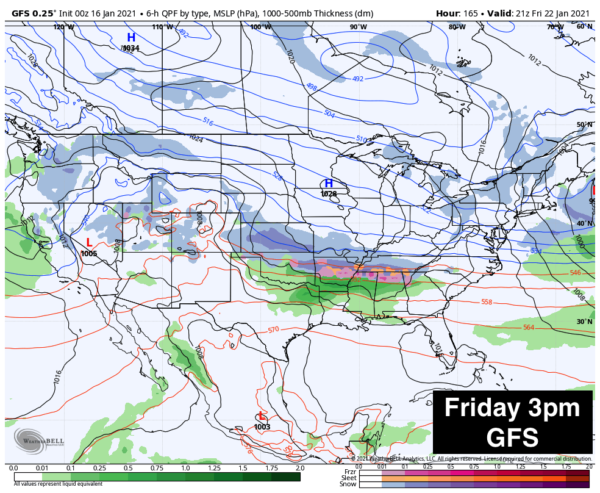 Another system will move through on Friday that will bring even more clouds and rain to the area. The GFS is showing the potential of some wintry precipitation for the extreme northern parts of the area during the afternoon and evening hours. 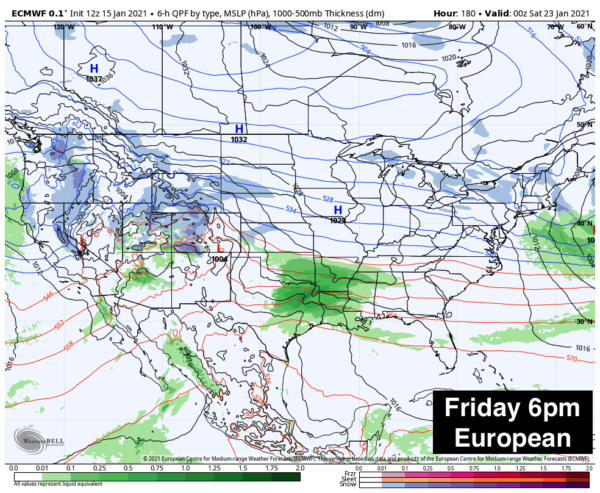 On This Day in Weather History
1831 – A great snowstorm raged from Georgia to Maine. Snowfall totals greater than 30 inches were reported from Pennsylvania across southern New England.