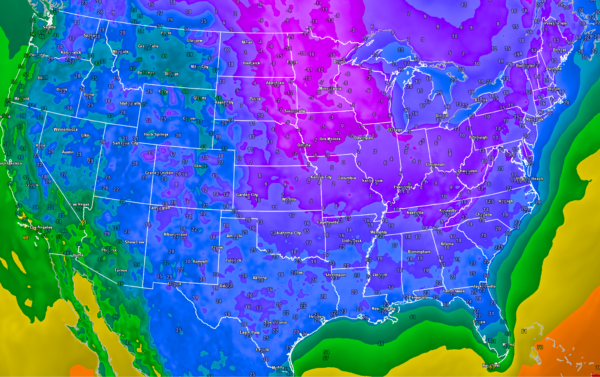 It is a disastrous situation in the Buffalo area, where record snowfall has been blown into a blizzard by very strong winds. 7 people have died there, some freezing to death in the outdoors or in their stranded cars.

43″ of snow fell at Buffalo, but the drifts are the issue.

Nashville recorded its first subzero reading since 2/5/1996 with reading of -1F on Friday.

It is even chilly this morning as far south as the Florida Keys. The low at Key West this morning was 56F. Yesterday it was 55F. This made the top ten list for coldest Christmases in the Keys.

The good news is that New Year’s Eve will be better than Christmas has been. Most places that are below normal now will be above normal by the end of the week, including us here in Alabama.

Merry Christmas and Happy Hanukkah to everyone!