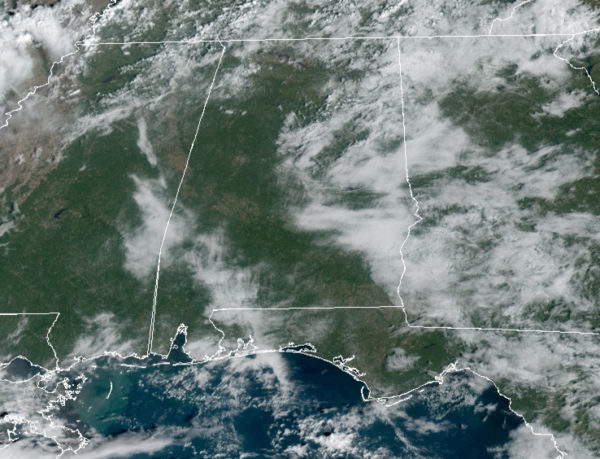 CONDITIONS ACROSS CENTRAL ALABAMA
Much of Central Alabama has a good bit of sunshine while a few locations in the eastern parts of the area have some clouds blocking out some of those rays. Temperatures were in the upper 60s to the mid-70s across the area. Alexander City was the cool spot at 69 degrees while the warm spot was Demopolis at 75 degrees. Birmingham was at 73 degrees.

We’ll have some scattered showers and possibly a couple of thunderstorms form with the heating of the day with the majority of those being located along and west of the I-59 corridor through the afternoon hours. Rain will become more likely later this evening and tonight as a cold front will begin moving through the area for much of the area except the southeastern parts. Those locations will see the rain on Saturday. Afternoon highs will make it up into the upper 70s to the mid-80s. 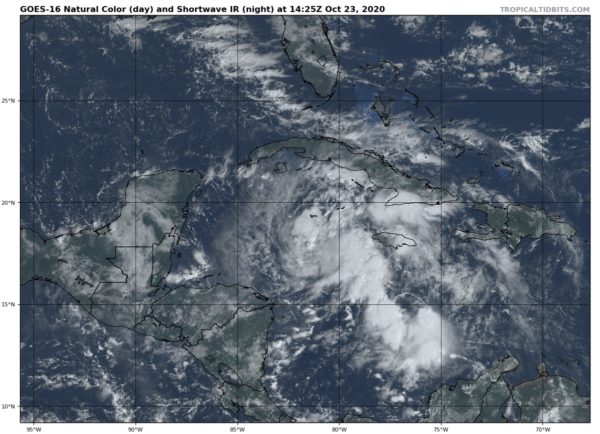 DISTURBANCE IN THE CARIBBEAN
A broad area of low pressure located near Grand Cayman Island is producing a large area of showers and thunderstorms mainly east and south of the center. This system has become much better organized since yesterday, and a tropical depression could form during the next couple of days while the low moves slowly toward the northwest. This system is now anticipated to move near western Cuba this weekend and move slowly across the southeastern Gulf of Mexico by early next week. Regardless of development, locally heavy rainfall will be possible over portions of the Cayman Islands, Cuba, southern Florida and the Keys, and the northwestern Bahamas through the weekend.
* Formation chance through 48 hours…medium…50 percent.
* Formation chance through 5 days…medium…60 percent. 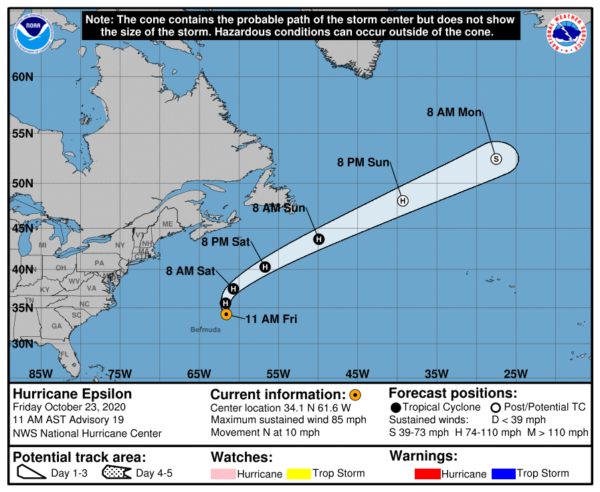 LATEST ON HURRICANE EPSILON
The center of Hurricane Epsilon was located about 225 miles northeast of Bermuda and moving toward the north near 10 mph. A general northward motion with increasing forward speed is expected through early Saturday, with a very fast forward motion toward the northeast early next week. Maximum sustained winds remain near 85 mph with higher gusts. Some fluctuations in strength could occur for the next day or so before gradual weakening begins on Sunday. Epsilon could lose tropical characteristics late Sunday. Large swells generated by Epsilon will affect Bermuda, The Bahamas, the Greater Antilles, the Leeward Islands, the east coast of the United States, and Atlantic Canada during the next few days. These swells are likely to cause life-threatening surf and rip current conditions.