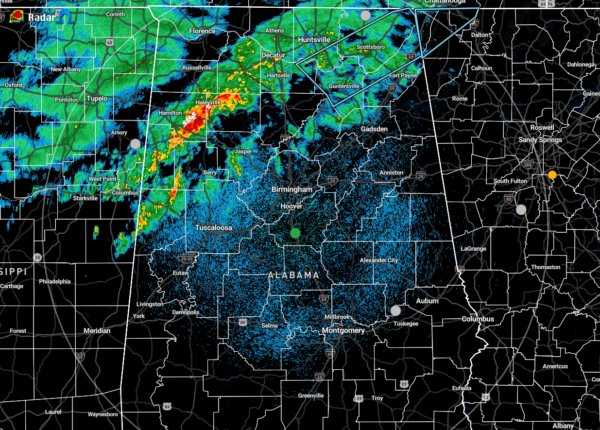 The cold front is also undercutting whatever storms are moving across the northwestern parts of Central Alabama. While the threat remains very low for severe storms, we still can’t rule out a stronger storm or two with gusty winds. There is still a very small threat of a brief tornado north of I-59 as there is still a decent amount of helicity and shear, but those values continue to slowly decline.

With that being said, a Significant Weather Advisory was just issued for portions of Jackson, Marshall, Madison, Dekalb, and Morgan counties until 12:30 am. Here is the text:

At 1150 PM CST, Doppler radar was tracking strong thunderstorms along a line extending from near Bridgeport to near Triana. Movement was southeast at 25 mph.

Winds in excess of 40 mph will be possible with these storms.

Strong gusty winds will be capable of knocking down small tree limbs along with other small unsecured items. Seek safe shelter until this line of storms has passed.