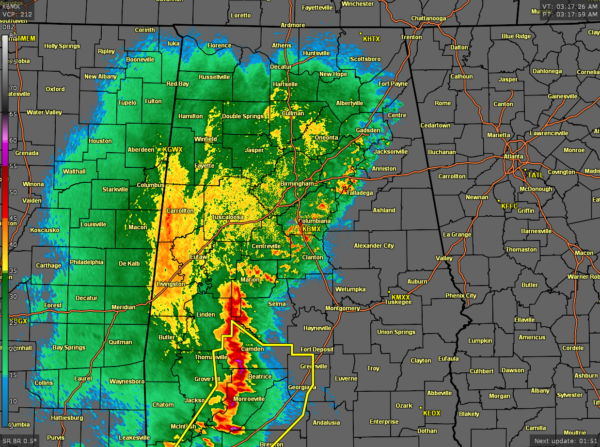 As of 3:17 am, the line of thunderstorms have really weakened over the northern half of North/Central Alabama, while the line remains rather strong with gusty winds and heavy rainfall for the southern half of the area. No warnings are in place for our area, but a large Severe Thunderstorm Warning is in effect for a good part of the western half of South Alabama.

Along and north of a line from Aliceville to Jemison to Lafayette, the severe weather threat has ended and all that will be left is moderate to heavy rain and some rumbles of thunder. South of that to a line stretching from Cuba to Montgomery to Hurtsboro, a small risk for stronger to severe storms remain for the next few hours. South of that line, there is still a decent risk of stronger to severe storms. 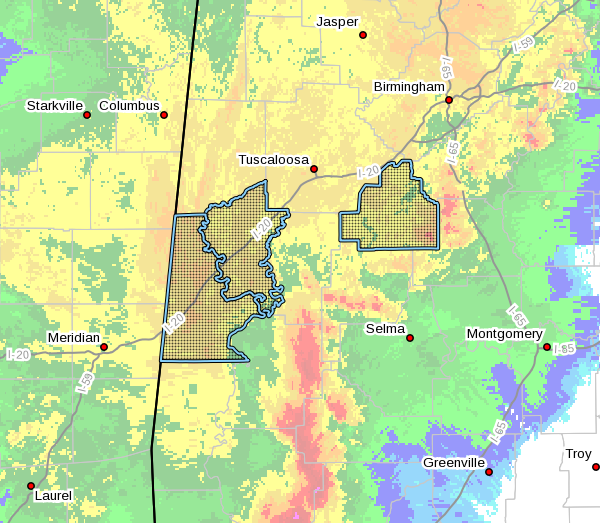 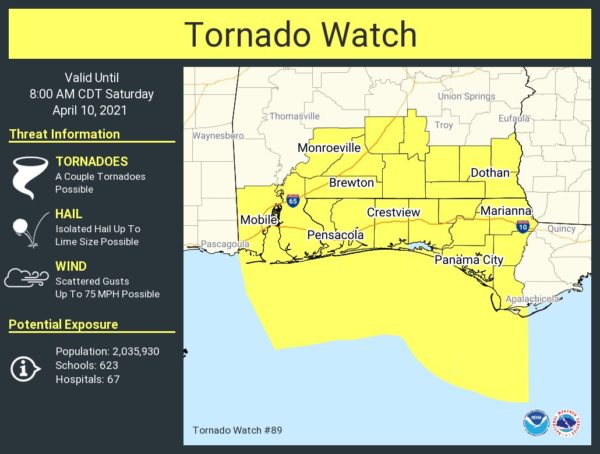 However, a Tornado Watch is in effect until 8 am this morning for a good portion of South Alabama and the western half of the Florida panhandle.

I’ll be up with you until the threat ends later this morning for all of North/Central Alabama.