The threat of severe storms for the remainder of the day for nearly all of North Alabama and the extreme northwestern parts of Central Alabama has ended, while the threat continues for the rest of Central Alabama. If you are along and north of a line from Sulligent to Cullman to Fort Payne, the severe threat has ended, but a few scattered showers and storms will remain possible.

Strong to severe thunderstorms possible now into the evening hours across the threat areas mentioned above. Threats include damaging winds up to 60 mph and large hail. An isolated tornado cannot be ruled out. 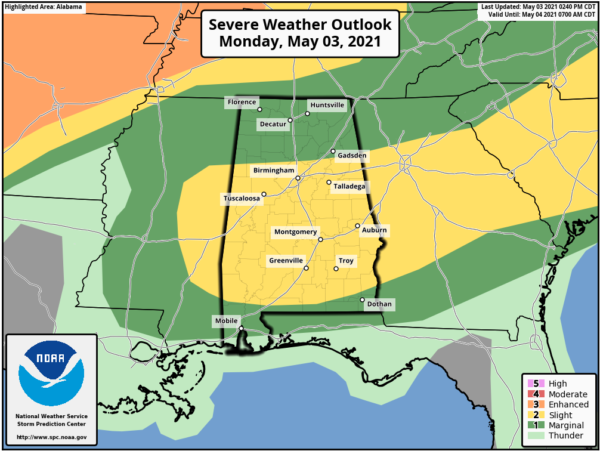 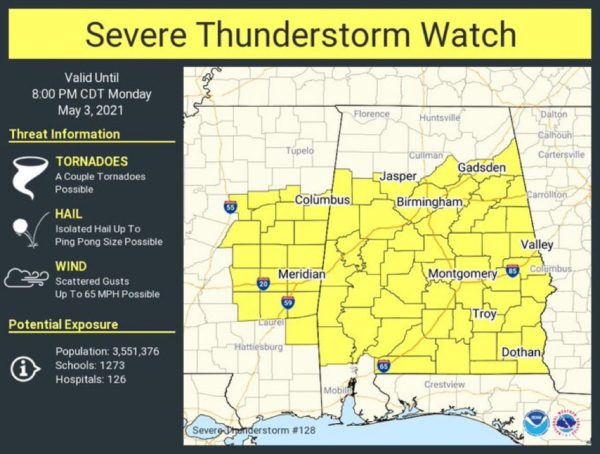 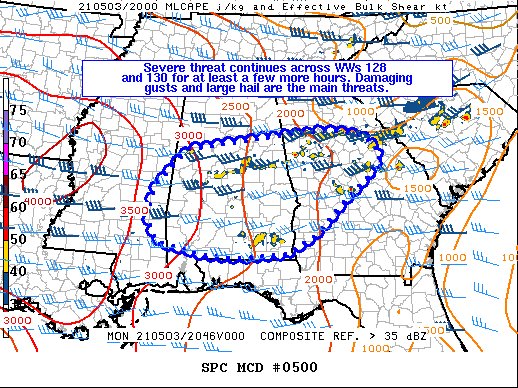 Here is the text from the latest Mesoscale Discussion just issued by the SPC:

DISCUSSION… Several multicellular clusters and occasional transient supercells have developed and traversed the Severe Thunderstorm Watch areas over the past few hours. A couple instances of damaging gusts and marginally severe hail have been noted. Widespread 2000-3000 J/kg MLCAPE, driven primarily by deep low-level moisture, along with 30-40 kts of effective bulk shear will continue to support a couple damaging gusts or marginally severe hail through the afternoon. This threat is expected to continue until sunset, when thunderstorm coverage and intensity will likely be on the wane.

We’ll be with you until the threat passes.