If you are wondering where the storms are….

…they are way up in the North Atlantic.

Is Great Britain still “great” need to figure that out.

Off Spain there are loops and swirls.

A horrible heat wave there.

That moves down into the Eastern Atlantic…

…kind of filters down if you know what I mean. 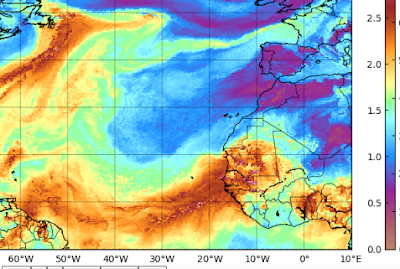 The undulations of the NE Atlantic….

…press down upon the East Atlantic.

This is not from SAL.

It’s from the DRY HOT air in Spain…

… diving into the ITCZ

This is August’s problem.

Will the ITCZ produce in September?

Either way we watch. 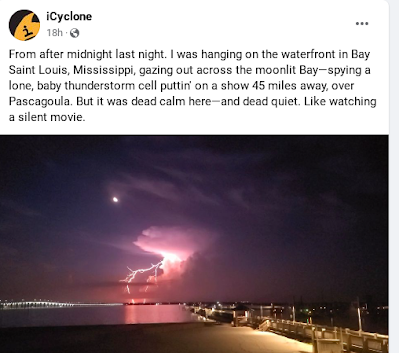 No one wants to say the season is over, especially when it’s possible in a week or so something changes and it explodes in various places. The Tropics is that sort of place in September, and it builds in August in unrelenting waves of hot humid air lanquishing tormenting those who dislike hot heavy air and inspiring those who love the heat and the intensity. It’s like one long, atmospheric run on sentence every time you open the door and think on leaving the air conditioning! Josh spoke about this on Facebook in the image up above, iCyclone he taps into the sensual spirit of the Tropics in August while watching huge thunderstorms form and hang out over the water and that scene is typical whether you are in Bay St. Louis or Tampa. It’s real, it’s surreal and visceral and it makes some feel crazy, hot under the collar and nervous as to what will break the long hot spell of nothingness in the tropics. 1992 was that sort of year in Miami, yet 1992 was an El Nino year and this is not, but it feels eerily the same to many old timers. The anniversary of Camille has passed and we still do not have anything spinning in the Atlantic Basin. 1969 was an El Nino year with a busy, late hurricane season with a bevy of no neck meager Invests and a late October hurricane after Camille did her nasty deed.

Camille is a small purple blip seen above.
Most of the season was “meh” storms.

But when one formed… oh my goodness!

Every week NOAA changes this forecast.

Every week it pushes back the busy another week.

The red candystripe area is pushed off another week. 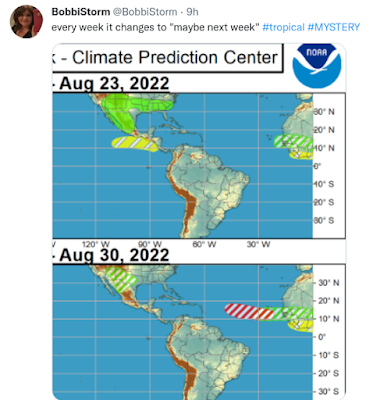 Have a good weekend.

Who knows what Labor Day will bring!

This looks way more California than Carolina and I’ve lived in both places. Easier to take off the platform Candys high heels and run down those steps to the ocean barefoot trust me. There’s a tornado warning in Myrtle Beach, I’d like to be in Myrtle Beach as that’s my beach if I have the time to stay over vs running down to Wrightsville or what many call Willy where surfers watch for a wave, any wave and children look for shells and parents just exhale and enjoy the fresh air. It’s definitely been a long, hot summer!