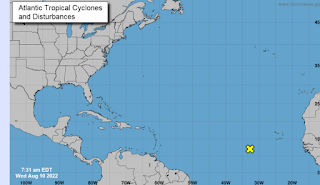 …but could soemthing Close In develop? 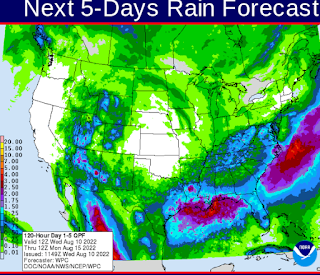 Homegrown in GOM or off Carolinas?

Front pushes thru and then collapses…

Being honest here. In order for a tropical cyclone to develop it needs both wind with a twist and convection trying to wrap around the twisting possible center. IF a center forms, the weather wraps, the clouds build up high in the atmosphere and air evacuates, it literally begins to BREATHE, inhale and EXHALE and grow in girth and it attains the name HURRICANE sometimes after looking like a wanting or promising Tropical Storm that took it’s own time developing! Or after a promising wave that fizzled the next one develops, or while staring at Africa you fail to notice something sneaky forming close in.

Kind of like that promising kid with intelligence and the ability to get As, who wins awards in school and looks like the perfect kid who will one day become President of some large corporation. You think “wow that kid is going far” and then he ends up in jail for having one of the largest drug operations at college. I’m sure Jeffrey Epstein’s parents knew he’d go places and be well known some day. Then there’s that quiet little kid who sits in class looking kind of “meh” and uninterested in life, kind of Plain Jane and somewhat boring; you know the last person you’d think would attain fame. And, so it was with Barbra Streisand who a woman I know taught when she was a little girl in Brooklyn dealing with her parents divorce  who didn’t seem all that happy or impressive. One day she goes off and follows her dream and becomes “BARBRA!” winning OSCARS and the heart of everyone everofywhere!

Kick ass waves come off of Africa with great promise and fizzle away in the dry atmosphere ruled by SAL as they cough their way through the dusty air making it difficult to breathe, develop or even stay alive. Most die off and are nothing more than “Remember Invest 97” or “Remember Debby” that attained a name and then crashed and burned as it’s tilted center collapsed, dead on arrival down near Hispaniola! Seriously, Debby broke more hearts than Marilyn Monroe! 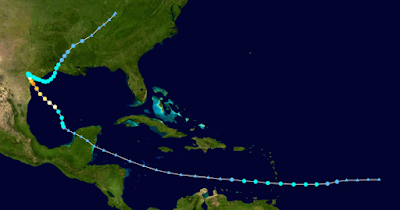 Other times a good looking wave with promise fails to develop and then flares up again somewhere else but fails to develop but then comes back a bit and eventually spins up in the Caribbean or the Gulf of Mexico and everyone is shocked it went the distance and the name got retired. Harvey was such a storm. Camille was such a storm that most maps show began in the Caribbean, but was infact a tropical wave that made it into the Caribbean but didn’t find what it needed to develop until late in life and then exploded in the Gulf of Mexico.  Andrew was such a wave also, no one beleived in and almost was downgraded until something changed and it exploded into Major Hurricane Status turning due West slamming into the South Florida area. 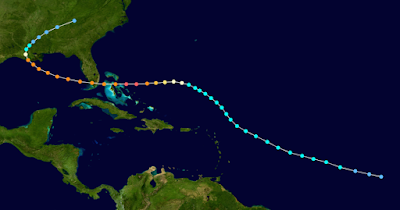 From Force 13 video way below.

From barely there to Cat 5 …BOOM!

Seriously barely there storm until it went Major!

Wind shear lessens or strengthens, SAL thins out or is reinforced by a new burst of SAL that comes off Africa the same way waves roll off of Africa.

And often while we are obsessing on tropical waves that crash and burn something develops close in and suddenly a yellow circle pops up in the Gulf of Mexico or off the Carolinas or in the Bahamas and such a yellow circle “could” show up this week. I’m not promising as promises evaporate often like fizzling tropical waves but I am saying the potential is there. This morinng there’s a sliver of purple on the map shown below in the Gulf of Mexico. 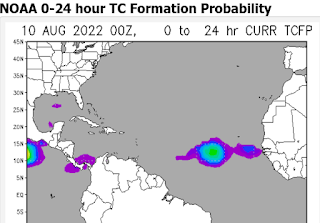 The blue, purple complex in the MDR is distracting.

Slivers of purple should be watched also. 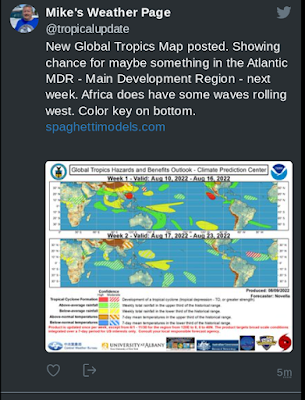 Ironically I was looking at the same map.

Candy stripe red in the MDR.

So which will it be or could it be both? Or will the next not there yet 98L come to life closer in the East Atlantic or will something close in spin up and surprise us? Well, nothing surprises @icyclone who is waiting in Mississippi for just one of those things to happen. He will travel amost anywhere, but it sure would make life more dramatic and colorful should one come straight to him as he is now is hanging out in Mississippi!

Lastly, the huge debate as to whether 2022 is a BUST as a hurricane season or just a late blooming hurricane season. This has been going on forever this year it seems as many online used the phrase no one in the hurricane chasing community wants to hear “2013 Hurricane Season” and I’ve been trying not to mention it here but I am today. Again Andrew showed up in late August 1992 after a dull, delayed hurricane season.

2013 was the worst hurricane season to watch, even worse than 1997 “El Nino of All El Ninos” as at least our expectations were dampened. 2013 kept showing promise, popping off tropical waves with promise that started and suputtered giving more than one tracker headaches and heartburn!

Could 2022 be that sort of year that delivers one knock out punch to some city where a monster makes landfall and the rest of the year is one huge yawn?  Maybe. But I am not ready to say that as I know CLIMO gets the largest vote and even in the dullest seasons it suddenly jumps up and ACE shows up as intense storms linger a long time as they work their way through the tropics, be they FISH STORMS or Landfalling Monsters. August everything usually comes alive eventually. August 11th is a Full Moon, will that help flip the switch for those of you who believe in those things?

Stay tuned…. only time will tell.

Lots of nothing til late August………then Andrew.

And Late blooming Harvey was one of them. 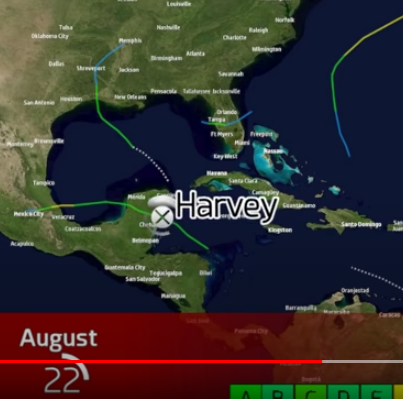 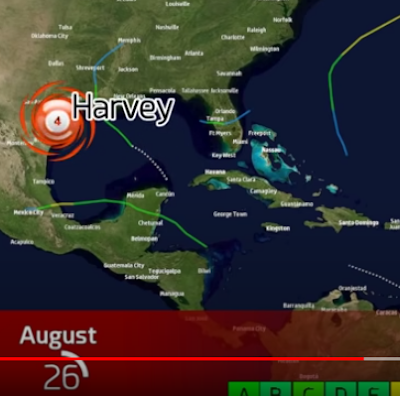 Honestly I have been a fan of Force 13 forever and in these “quiet times” you might want to check out their vast library of videos of varous hurricane seasons. You learn a lot, and one thing especially is not to cancel a season until it’s all over. They even go back far into history, 1954 hyperactive Hurricane Season with multiple landfalls on the East Coast lasted deep into December proving it’s not over til it’s over.

Most of the Ace in one 30 day period.

But busy season running til December!

It will not stay quiet forever. 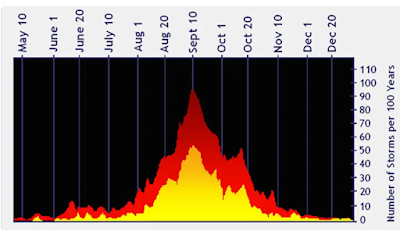 What will the 2022 Hurricane Season…