If there was a Cone….

Well wider at the end as we aren’t sure yet!

Definitely has a look…. 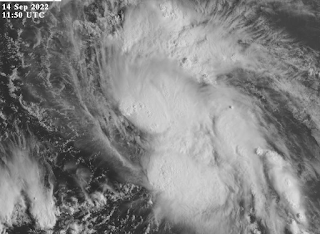 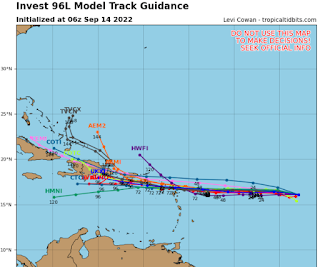 Gotta tell you this is the first song that came to mind when watching Invest 96L now a red highlighted circle with 70% chances “any day” of becomming a designated system. Recon should go in by tomorrow and we should know what 96L has under the hood.

Great song but really less about DNA and more about where this storm is going to go? Does it want to follow tracks more consistent with CLIMO  does it strike out on it’s own like an unprepared hiker on the Appalachian Trail?  We all discuss this concept but Dabuh coined it “fork in the road” though think Robert Frost might want to claim that title, but not in the mood to squabble this morning. Actually dancing a bit as I type (honest) so let’s talk models the way we will talk turkey in a month or so.. 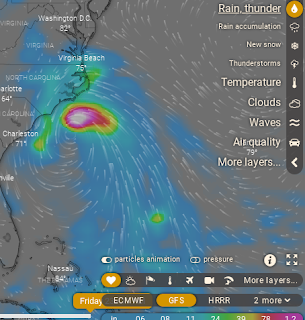 This is the GFS…

Threatens SC but heads for NC… 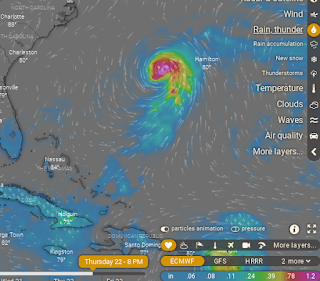 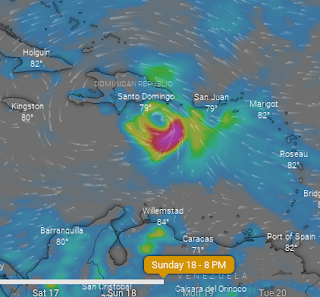 The ICON takes Fiona into the Caribbean.

Who do you believe?

If there was a Dabuh model…..

… it’d be laughing at the ICON. And to be honest I agree with him at least in the short term.

Not ready to say what I think on long term.

But short term is kind of set in stone. 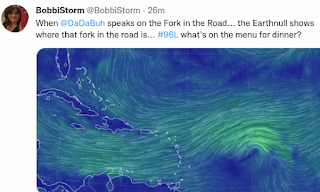 Note the divergence of of wind flow…

96L is a bit too far North for me to believe…

…it’ll be a Caribbean monster.

Intensifies enough to feel the pull to the right.

But shear keeps it from exploding. 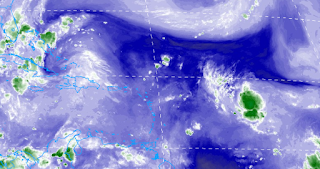 …but it’s gotten this far.

Intensity forecasts a crap shoot until there’s a defined center.

Where will the NHC place the center.

Lord I’d love to read some good discussion on this… 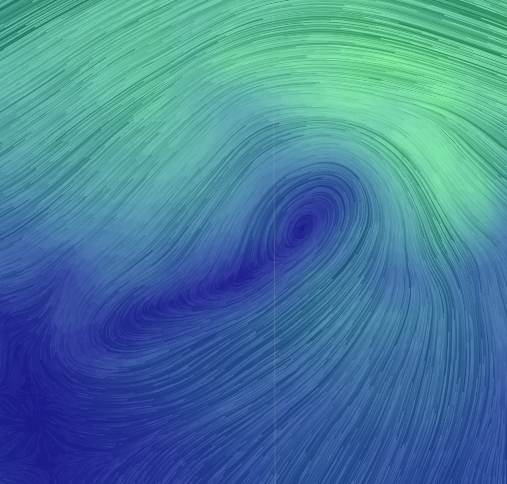 Song up at the top… remember??