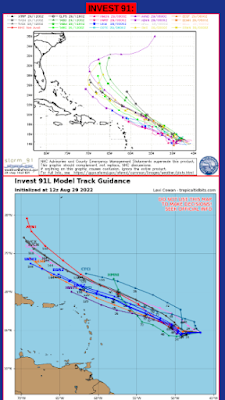 Models as of 10 AM Monday 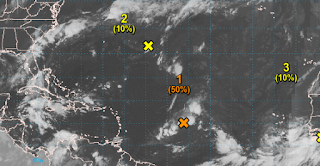 This is the main point of this morning’s discussion (words not the images) from the NHC regading Invest 91L. It’s a large disorganized tropical wave

“A broad area of low pressure over the central tropical Atlantic is producing a large area of disorganized cloudiness and showers.Although environmental conditions are only marginally favorable,” 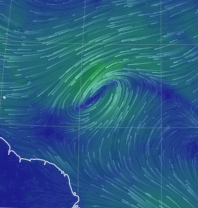 I know it’s kind of a disconnect that everyone online is arguing about where Danielle will go and yet currently it’s large, disorganized and has only a “marginal” chance, but in 2022 there’s actually something to talk about so everyone is talking about it. 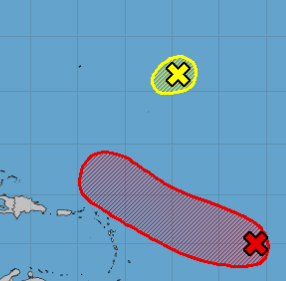 To newbies on the tropical weather scene this must seem strange, and if it doesn’t catch your attention you are missing part of the story. So let’s discuss it. 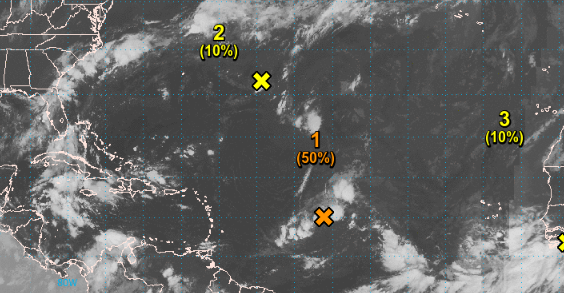 The small Yellow circle sits there in the middle of the Atlantic, basically anchored to the spot for now where the Huge High has been all summer. The image above almost looks like a ring of moisture with nothing “there” that is supposed to develop into a Tropical Storm yet alone a Hurricane. Invest 91L has 50% chances in the 2 day and 80% chances in the 5 day. The little yellow X “marks the spot” has a low 10% chance in the whole five day window period and yet it’s mere presence could be a game changer.

91L is large and still disorganized, it could organize in different ways. Would it be a strong, well developed storm or a messy storm with multiple centers like a large cruise ship with a lot of people with Covid and battling bad weather conditions across the Atlantic or a streamlined vessel with no problems cruising along towards a clear destination. The little yellow X weakens the High Pressure ridge and could allow it an avenue of escape from a destination that has “Landfall” written all over it! And, as always remember Bermuda is often in that “escape route” from “landfall” on the East Coast.

Only time will tell.

Until it forms and we see what we have it’s like playing a Fantasy Game, not Prime Time.

There’s a lot of questions. If the front stalls out and delivers epic rainfall for the next week and the high pressure ridge weakens then the lower pressure should draw in possible Danielle towards landfall. But if a new stronger front pushes the older front away then Danielle would curve away. But that’s an awful lot of rainfall without a tropical system. This graphic bugs me.

As for models… don’t buy a killer hurricane in the Gulf of Mexico or just off the Carolinas, but also don’t believe it’s gone and everyone is safe because the model you like most drops it on it’s next run. Model prediction is only as good as the length of it’s run, it’s next run can be slightly different or tell a whole new story.

BUT……..once a true center has formed, established itself, taken root so to speak and it begins to build up into the atmosphere and better data from Recon is put into the models do the models get a real handle on what it will most likely do.

Ps so so true.