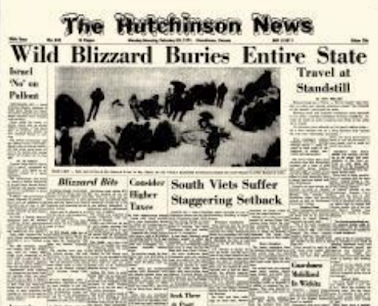 Today is the 50th anniversary of the worst blizzard in the history of Wichita, Amarillo, Dodge City, Woodward and a number of other Great Plains’ cities. I have an article for meteorologists in the current issue of the National Weather Association’s newsletter.

This afternoon is the 50th anniversary of what some call the 6th worst tornado outbreak in U.S. history. 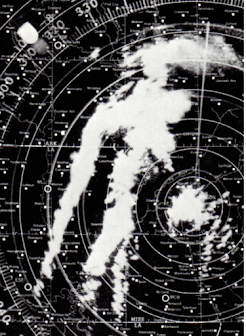 In those days, radar was black and white and had to be viewed in a darkened room. There are three tornadoes northwest of Jackson, MS on that above radar image. It was far more difficult then to detect tornadoes on radar and, per the National Weather Service’s after-action report, the tornado warnings were of high quality.

After the extraordinary cold and winter storms of last week, it is important to realize that extreme weather can occur regardless of global temperatures.