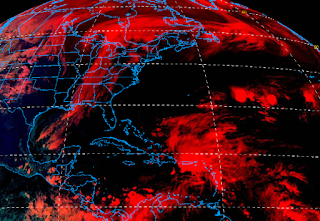 We have 2 areas in the tropics that are RED

But keep the image above in mind.

When you look at the next set of images. First area out in the Atlantic is 70% RED.

Attached to an old front previously….

…it’s beginning to shine on it’s own. 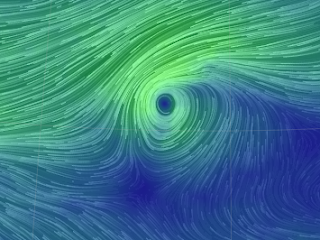 Oh my… that most likely is OWEN!

Down in the Caribbean we have the other red area. 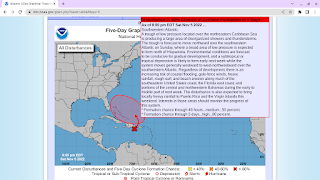 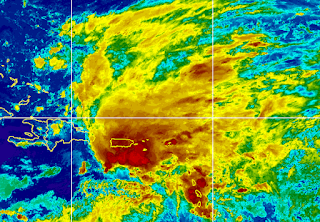 This system is currently SLAMMING PR. 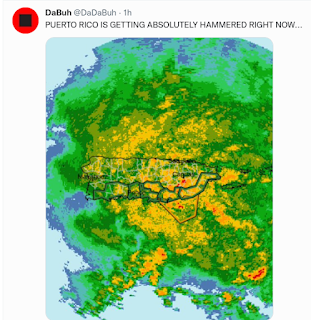 I’ll be honest. I’ve been watching this for days. This set up has been apparent for more than a week, but it’s hard to explain and difficult to see what the end result will be and honestly there maybe many areas with different impacts on different days much like the blind man describing an elephant tale taught to us when we were all young.  Dabuh has been shining the highlight on PR for days and there’s been very little mention of it in the general media and weather twitter has had some tweets but he’s been in the forefront for days now.  Me… I’m watching beach conditions near Wilmington NC later this week with one eye and watching what my kids will see later this week in South Florida. Models have been all over the place, a sort of tropical soap opera every time they run.

Which is why I have pushed the thought EXPECT Surprises!

Is this just OWEN or OWEN and PAULA?

And nothing is set in stone weather wise far out.

Again is this just Owen or Owen and Paula?

How does the NHC handle it and do they just hand it off to the NWS which is technically a great idea but no matter how much they try to send people there for advice people rarely listen to them and networks on air rarely interview the head of the NWS Miami or NWS Key West (great friendly place) or any other NWS as they are not “sexy” enough I suppose for the media that wants to hear what the NHC says.

This set up is ripe for miscommunication and bad perception danger wise… currently the out at sea area is Invest 97L but Invest 98L has not been posted. Why is this important?  It’s relevant as most official maps from NOAA have a closed Low sitting off Miami …one model takes it up the coast the other model crosses Florida perhaps to see what damage Ian did before crossing back again.

And all the Subtropical Storm or discussion on hybrid systems is good but……..and you can say REGARDLESS as much as you want but it is hard for the average Joe or Jose or Yosef or Josefa to understand what that means. The general public understands watches, warnings, maps with graphics and this could impact a lot of places. As it is currently slamming PR with rain and then moves rather quickly North to connect up with other areas and develop into “something” off the coast of Miami which could impact millions of people along the East Coast of Florida as either “a lot of rain” “squalls” “beach erosion” “high surf” (do not go swimming in it) and no matter how many REGARDLESS comments you throw at it, the general public needs to know the dangers from the NHC during Hurricane Season (in my opinion) and not be passed off to the local National Weather Services which I do truly love but most do not pay attention with as they are not raised to the level of importance by the media as is the head of the NHC.  Sad, but just the way it is…

And I mention Florida but the onshore flow up the coast from Daytona to the Outer Banks is going to fierce and there could be beach erosion there as well …at the least! 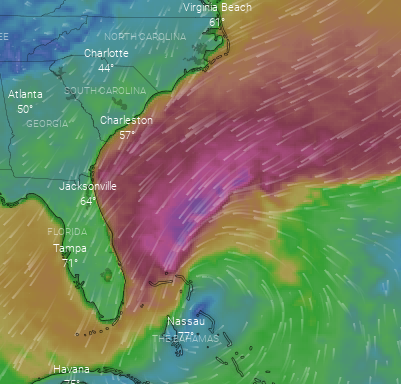 For example if this model on Windy.com plays out.

Across a HUGE area.

Yes, this system could adversly impact the election.

In areas along those place…

… depending on what happens on Tuesday.

It’s also an Eclipse, did I mention that?

Well now I did. 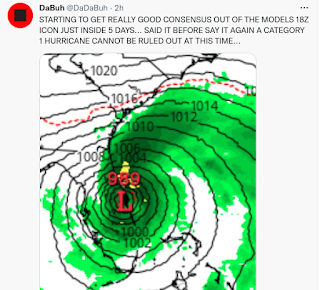 Let’s go back to my favorite tune master…

Lastly, most people do not know this but this part of Florida had EXTREME beach erostion and damage on the Atlantic Side from Hurricane Ian that did not just stay in Fort Myers Beach… Mike has spoken on it often and that’s why it’s important to listen to as many sources of weather as possible to see the whole picture. 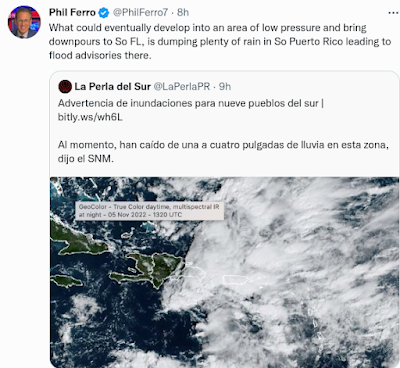 My stepdaughter used to hate when I said “..in Miami”

LOL but I’m saying it here.

He is truly the best in my mind.

And everyone on air in Miami is incredible.

People on TV watching him know it’s there.

How about those who do not watch TV

..they wait to get an alert on their phone.

By then it’s kind of too late.

Regardless…the NHC put this out. 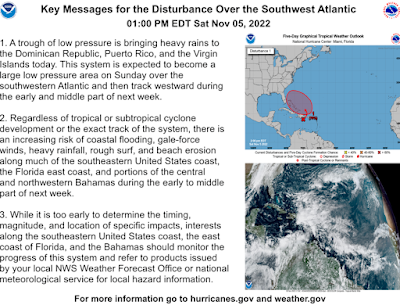 But my thoughts remain the same.

But anyone reading this blog knows how I feel. 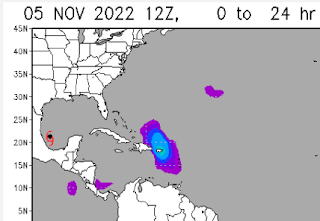 I’m more concerned about this area…

JB the best 😉 at singing about Miami…

..and hurricanes or anything tropical.