But don’t let that headline fool you, snow lovers. You’re likely looking at another disappointing year.

WASHINGTON — If you are a snow lover living in the D.C. region, you’ve probably come to expect disappointment when it comes to snow forecasts each winter. Sadly, we aren’t likely to break that pattern in 2020-2021, as we are likely looking at a weak La Nina winter. However, we are expecting quite a bit more white powder to fall this winter than last year.

We’ve done a deep dive into the data to bring you our winter weather predictions.

Here’s How Much Snow To Expect

We are forecasting below-average snowfall in the Metro and average snow accumulation far north and west of the District. However, compared to last year’s snowfall, we are predicting 15 times more snow this winter.

D.C. can expect around 9 inches of snowfall this year, which is half the city’s average accumulation.

If you’re south and east of town, we’re forecasting 2-4 inches for places like Waldorf and La Plata, and 2-10 inches essentially from I-95 east and south.

The farther west you live, you have a better chance at having cold air in place, and places like Cumberland are looking at 30-40 inches of snow.

RELATED: How La Niña will impact winter in the US

Below you’ll find a list of airports and cities with around how much snow to expect, as compared to how much that location averages based on the last 30 winters. 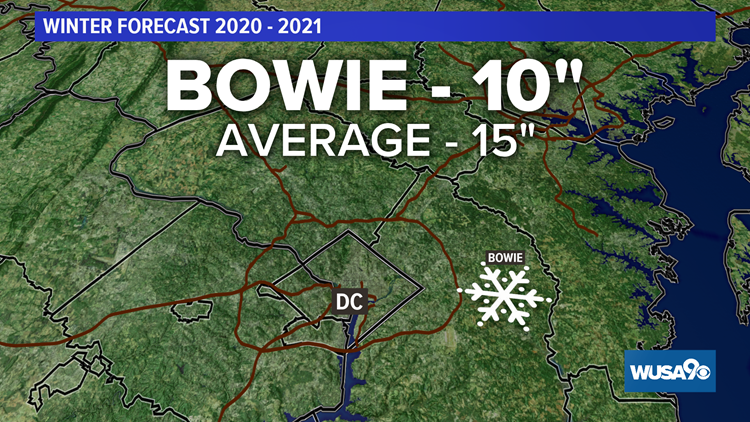 We are foresting above-average temperatures for December through February. This does not mean that we will not see some arctic outbreaks — we will — nor does it mean to book tee times all winter. We are simply forecasting temperatures slightly above the average for those three months.

Statistically, temperatures averaged over December, January and February — known as meteorological winter — have been slightly above with weak La Ninas. If this winter’s La Nina strengthens into a moderate La Nina, then temperatures could end up a bit below average.

RELATED: Are you ready for the ‘Arctic outbreak’?

What Drives This Forecast: La Nina

We have a little better than a 50% chance of having a weak La Nina winter. Thus, there are no strong signals pointing to a cold and snowy winter or to a dry mild one. If this weak La Nina continues, snow lovers will more than likely have another disappointing year.

But why are weak La Nina winters bad for snow lovers?

The northern branch of the Jet Stream, the storm track, is forced north of the Mid-Atlantic taking the storms to our west, which draws up warm air from the south resulting in rain and not snow. Snowstorms must track south and east to hold in the cold air.

RELATED: DC snow drought: Not even 1 inch has fallen this season 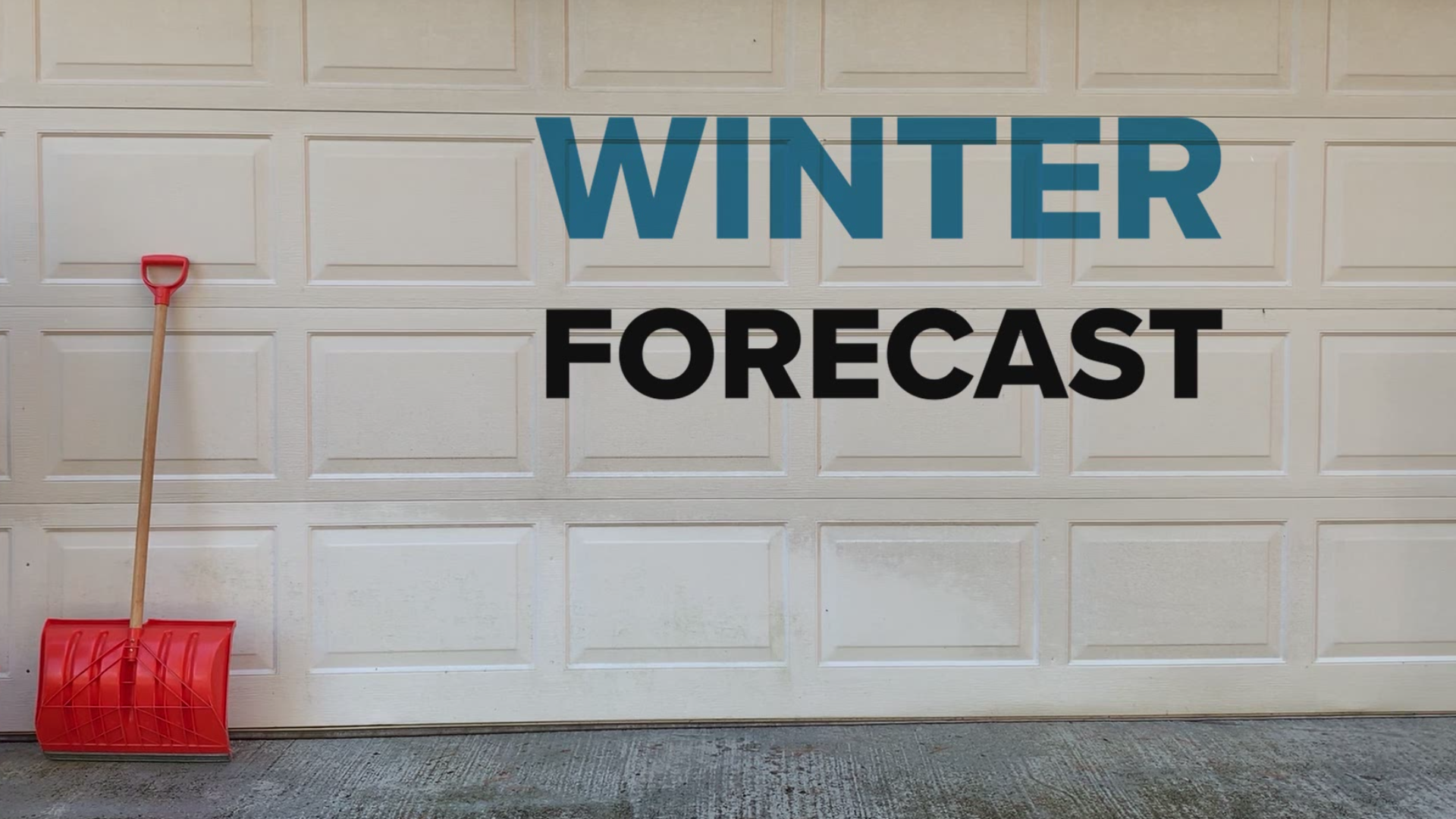 Last winter we had a neutral phase, neither El Nino nor a La Nina, and snow lovers suffered through the third least snowy winter on record with a paltry .6 inches.

When we don’t have an El Niño or a La Niña, we’re in the neutral phase of the El Niño Southern Oscillation, an atmospheric weather cycle that drives our jet stream patterns. Although this neutral phase doesn’t have an official name, it’s commonly referred to as ‘La Nada’, which translates to ‘the nothing’ in English from Spanish.

Is there any hope for snow lovers this winter?

So are we saying there’s a chance we see a 2020 pandemic blizzard? Well….a slim one.

The Blizzard of 1996 left 24.6 inches of snow at Dulles, marking their third biggest snow on record. Of course, at National much less snow was measured. Officially 17.1 inches fell in the January 1996 blizzard.

It snowed in six months that winter. At National we had .5 inches in November, 1.3 inches in December, a whopping 23.8 inches in January, a respectable 5.2 inches in March and even a trace of snow in April.

In addition to a nearly snowless winter, 2019-2020 was also the seventh warmest on record. Some DMV residents were able to play golf all last winter and every weekend in February.

2013-2014: 32.0” La Nada (trace of snow November and April and measurable snow December, January, February and March but no blizzards)

When Can We Expect The Most Snow?

Predicting exactly WHEN our first nor’easter or big snow of the season will fall is too difficult this far out. Check back with this story for more as the winter gets closer.

So in sum, we are calling for less than average snow in the immediate D.C. area and above-average temperatures across the board for the winter of 2020 – 2021.

Sign up for the Get Up DC newsletter: Your forecast. Your commute. Your news